Inside Look at the Mercedes-Benz GLB 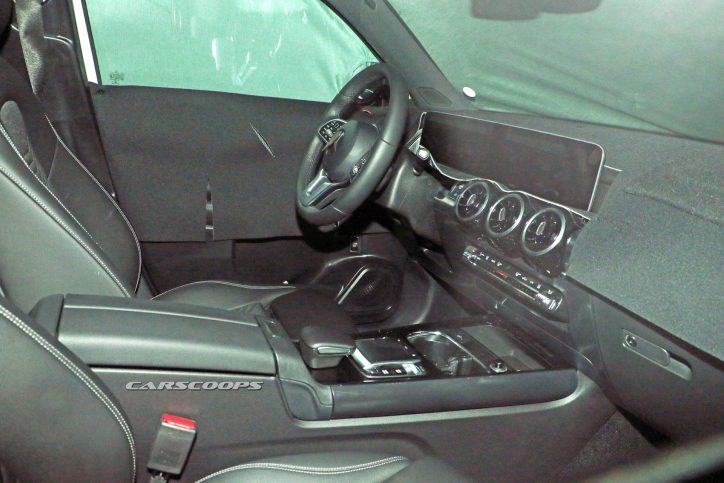 New spy shots reveal the interior of the upcoming Mercedes-Benz GLB. As expected, the crossover is inheriting many elements found in the cabin of the A-Class hatchback and sedan.

The interior photos of the GLB featured at Carscoops did not surprise us a bit. We are not complaining though because the tech and detailing of the A-Class’ cockpit are excellent, considering that the range is positioned at the bottom of the Mercedes luxury cars hierarchy.

Although there are some black fabrics covering the side panels and dashboard of the GLB, we can see the same steering, infotainments system, controls and turbine-looking air conditioning vents of the A-Class.

The interior rear shots of the GLB are not yet available but the images we have so far hint that it will be very spacious. Third-row of seats are a possibility within the crossover, judging its boxy frame.

Since the development pictures of the GLB started leaking online, the auto has been referred to as the “Baby G-Class”. After all, the vehicle was based on the Ener-G-Force concept, which was thought to be a G-Class variant.

The source of the new spy shots also thinks that the GLB is like a smaller GLS, except its rear design that borrows the styling of several other Mercedes units. A closer examination of the auto reminds us of the GLK too, which was succeeded by the GLC.

The GLB was made with utility in mind. Therefore, its features will be more conservative than the GLC but expect nothing less than the goodies offered by the GLA inside it.