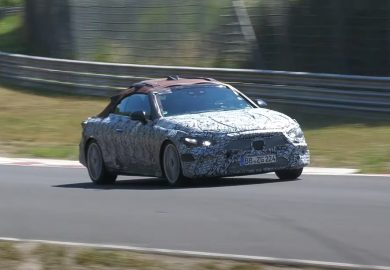 It’s clear by now that the Mercedes-Benz CLE will be replacing both the coupe and cabrio variants of the C-Class and E-Class. The car is unrelenting in its testing as it is expected to make its debut before the year ends as a 2023 model year series. The spy video here still shows the CLE in full camo but there are clear indications of its features beneath the covers based on its bulges, dents, and peeking areas. First off, it’s clear that what we are looking at is the cabrio version because it is lacking the taut top shown by another version that we have been seeing, which is obviously… Continue Reading » 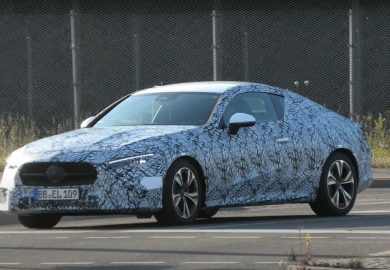 Previous spy shots of the ruggedly camouflaged prototype of the rumored Mercedes-Benz CLE convertible early on have left us wondering whether or not it will also have a coupe version. A new video just unofficially gave us the answer to this question. A new spy video from the ever-reliable walkoART recently showed a fleet of what looks like Mercedes-Benz CLE cars being tested. Although heavily wrapped in camo, all the vehicles appear to be sporting a fixed roof, which confirms their coupe profiles. According to reports, Mercedes-Benz USA already informed its network of dealerships about the discontinuation of the C-Class and E-Class coupe and convertible models going forward. The decision… Continue Reading » 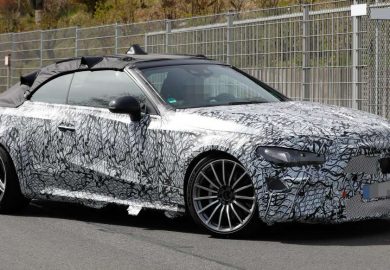 The line-up of Mercedes-Benz has ballooned over the years, but the company later realized that having a wide array of spin-off cars doesn’t always translate to more sales. Let’s say, for example, the C-Class and E-Class coupe and convertible models aren’t exactly really doing well even during pre-pandemic times. So, their axing has been in discussion in the past few years. Now, the German automaker finally confirmed that the mentioned two-door units are about to be streamlined into a single car, the Mercedes CLE. According to reports, MBUSA already informed its US dealerships about the matter. The decision came after the dwindling sales of the coupe and cabrio offshoots of… Continue Reading » 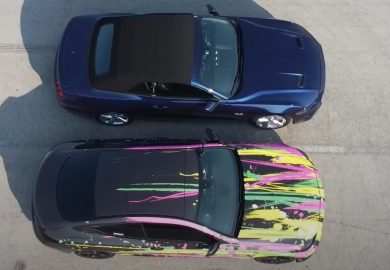 The Ford Mustang GT Convertible is not something to be trifled with, especially when you are racing the version with the 10-speed automatic transmission. Our boy, the Mercedes-AMG C43 Coupe, will learn this the hard way during a drag race. Ford Mustang GT Convertible Weighing at 3,860 lbs., the American car carries a 5.0-liter Ti-VCT V8 engine with 460 hp and 420 lb-ft of torque. All its power is directed to a rear-wheel-drive system and distributed via a 10-speed automatic transmission. The configuration takes it from 0 to 60 mph just 4.2 seconds with 155 mph max speed. Mercedes-AMG C43 Coupe The German car with a special wrap on its… Continue Reading » 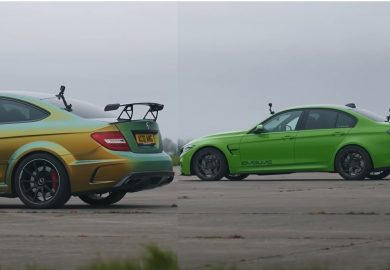 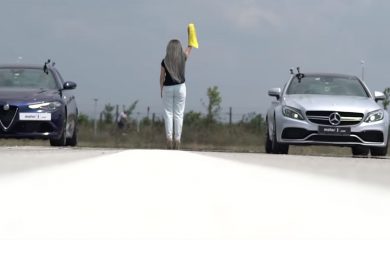 Which one wins if you pit the Mercedes-AMG C63 S Coupe against the Alfa Romeo Giulia QV in a drag race? The guys at Motor1 Turkey recently took both high-performance cars on the race track to find out the answer to this question. The cars featured in the video include a gray AMG C63 S Coupe and a sky blue Giulia QV. The cars were fitted with Pirelli P Zero tires but the Mercedes had wider tires, measuring 0.4-inches more than the Alfa Romeo car. On the other hand, the Giulia QV benefits from carbon-ceramic brakes that are light and offer better performance during braking. Beneath the hood of the AMG C63 S… Continue Reading » 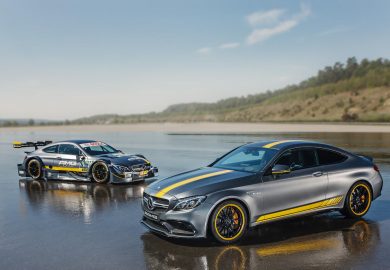 It’s been three years since the Mercedes-AMG C63S Coupe Edition 1 was introduced, but the performance and design of the sports car certainly never gets old. So what’s it like driving it again? Carbon Lifestyle, recently released a video review of the car that lets us revisit just how awesome it was when it first came out and how it remains cool up to this day. Design The Mercedes-AMG C63S Coupe Edition 1 was inspired by the Mercedes-AMG C63 DTM racing coupe. The two-door car comes with the same color combination as its race car counterpart. The exterior showcases a grey matt paint with yellow stripes running across the auto’s… Continue Reading »