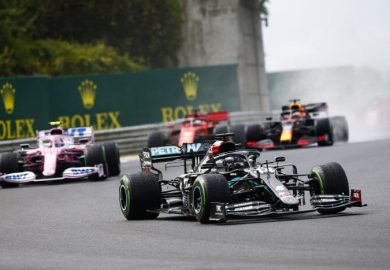 Formula 1 is viewed as the most appealing motor racing on earth. This field has delivered numerous legends with extraordinary cutthroat accomplishments and contributed a lot to world games. This article will present the top 5 greatest racing athletes in F1 history. Lewis Hamilton Lewis Carl Davidson Hamilton was born in 1985. He is viewed as a remarkable person in the Formula 1 racing town, who came out on top for the most titles and is as yet contending. He is one of the racers highly regarded by the sports betting community. Lewis Hamilton entered the F1 competition in 2007 in the McLaren group and quickly won the third spot…. Continue Reading »

Mercedes F1 Gets a 2-3 Finish in French Grand Prix 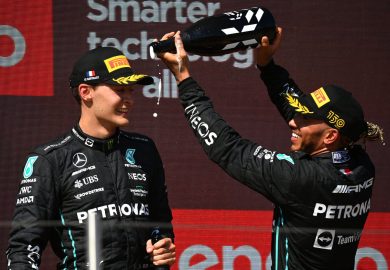 With the performance gap that Mercedes AMG Petronas has with its Ferrari and Redbull rivals, the team is banking on consistency to improve its constructors’ and drivers’ championship rankings. Fortunes appear to be smiling on its drivers as the duo finished second and third in the recently-concluded Formula 1 French Grand Prix. Seven-time champ Lewis Hamilton was, of course, elated with the results after he finished second while his partner George Russel trailed in third place. The 37-year-old Briton said he was at least gunning for third, but luckily, it was better than what he expected. The lightning start from the P4 on the grid went on with Hamilton overtaking… Continue Reading » 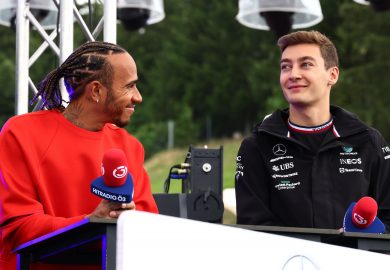 After the high expectations last season, George Russell was finally brought in as a replacement for Valtteri Bottas in the Mercedes AMG Petronas Formula 1 team. Being in the decorated team with a multiple-time Drivers World Champion by his side means he has big shoes to fill. But what does Lewis Hamilton really think of his new partner? Taking notes from Hamilton’s interviews, he commended Russell’s “super-positive” work attitude which brings a positive impact on their work environment. He also sees a potential World Champion in the 24-year-old, and he considers his signing as the right choice for the team. The veteran further stated that he hopes to play a… Continue Reading » 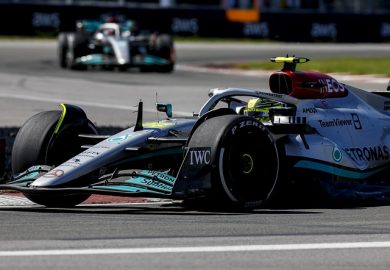 After complaining much about it, the Mercedes F1 team claims to have already solved the porpoising issues in its cars. The statement came after the encouraging win of the group at the Canadian Grand Prix last weekend. As a recap, Formula One defines the term “porpoising” as when an F1 car bounces up and down – a phenomenon caused by an increase, then a sudden decrease, of downforce. This is evident when the drivers’ heads are seen moving like bobbleheads while their cars are going full speed down the tracks. Several drivers, including Lewis Hamilton, George Russel, and Kevin Magnussen, to name a few, have complained of serious physical pains… Continue Reading » 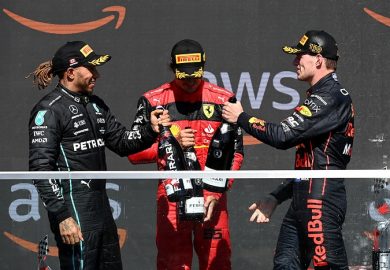 Can Mercedes Still Win Titles in 2022 Formula One? 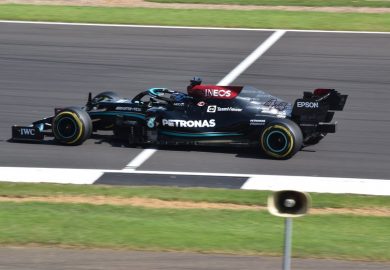 It’s been a tough season so far for Mercedes in Formula One. After dominating the sport from 2014 to 2020, they find themselves trailing both Red Bull and Ferrari in the standings. Can they still catch up and win the titles in 2022? It hasn’t been an easy season for Mercedes. They started off in high spirits, but then fell behind both Red Bull and Ferrari in the standings. This is a far cry from their usual position at the top of the table. All hope is not yet lost. They have the talent and the resources to do so. But it won’t be easy. They’ll need to work hard… Continue Reading » 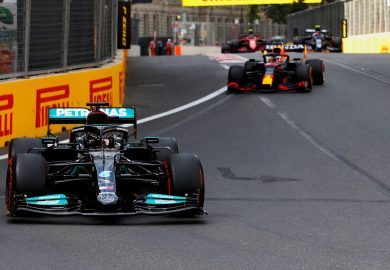 If you’re a fan of Formula One racing, then you’ve probably been following the Mercedes F1 team closely this year. After all, they have won the drivers’ championship from 2014 to 2020 and the constructors’ championship since 2014. But things have appeared to be taking turn for the worse for them this 2022 season. In fact, they are currently in third place in the standings behind Ferrari and Red Bull Racing. Moreover, their drivers, George Russel and seven-time champion Lewis Hamilton, are struggling in fourth and sixth, respectively, in the drivers’ standings. With 8 races done and 14 more left there might still be some hope left. That’s if they… Continue Reading »