SEND US A TIP
GLK, Videos
0 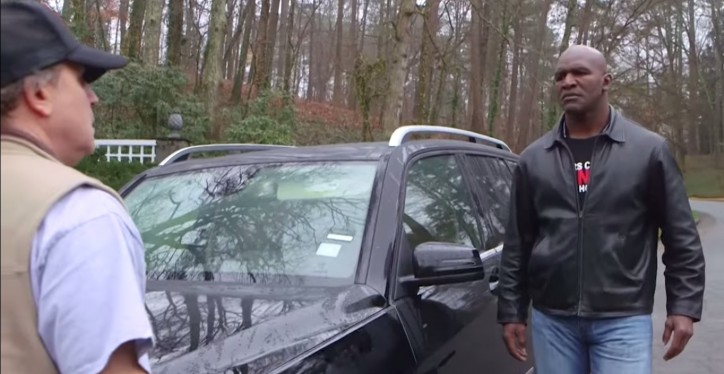 Here’s one reminder why you should not always let your emotions get the better of you in all situations, especially on the road. You will never know who the other guy behind the steering wheel of the vehicle you are messing with, and you will never know what he is capable of until it’s too late. The guy in the video will certainly learn things the hard way as he called out the driver of one Mercedes-Benz GLK who turned out to be the Boxing Hall of Famer Evander Holyfield.

The video starts as the Mercedes-Benz GLK appears to maneuver itself outside of the driveway. At the same time, a pickup comes rushing by, which goes on to a halt to avoid ramming into the Mercedes.

Now, this type of situation could be easily passed up since nobody was hurt. Also, the GLK driver appeared to recognize his mistake by going to the far right side of the road to allow the pickup truck driver to overtake him. However, the pickup driver seemed to be really looking for trouble as he blocked the Mercedes, went out of his vehicle, and banged the luxury SUV with his palm as he was calling out the other driver on top of his voice.

To the pickup truck driver’s surprise and horror, the guy behind the Mercedes-Benz GLK steering wheel was Holyfield. The look on the hot-tempered driver was certainly priceless as the former boxing world champion approached him with the “I dare you to touch my car again” look.

Check out the video below to watch the ad:

According to MBWorld, the ad was paid for by some Georgia government organizations to serve as a quick public service reminder against road rage.