SEND US A TIP
Videos, Vito
0

“Everywhere extraordinary” is the new marketing slogan of the Mercedes-Benz Marco Polo, and the Marco Polo ACTIVITY. The advertising campaign was made by Panama, a Stuttgart-based advertising firm.

The ad is aimed at “empty nester” pairs or couples whose children have already left home. It encourages them “to automatically become a discoverer and experience the new world – whether around the corner or across the world.” 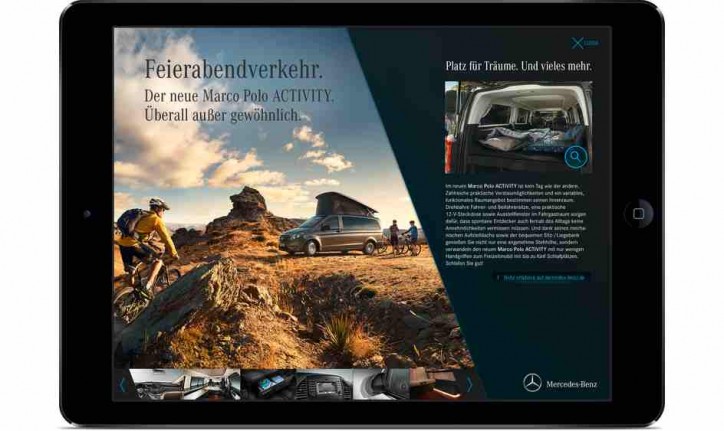 The two new variants of campers from Mercedes debuted at the Caravan Salon in Dusseldorf in August of 2014. Basically, the two offers the same level of comfort and luxury in their interiors. The dimensions of each camper measure 5.14 x 1.93 x 1.98 meters.

The only difference between the two are the platforms where they have been based and engine specs. The Marco Polo uses the V-Class platform. On the other hand, the ACTIVITY model is based on the Vito range.

New Mercedes Campers Muscle Their Way Into The Market

While we have seen versions of the V-Class and Vito get transformed into campers by aftermarket tuners, the Marco Polo variants have revitalized the camper van market. It also gives a fresh product in the niche that integrates space, luxury and comfort into one, which is a mix-up that its head-on-competitor, the Volkswagen California camper van, does not have.

Check out this other video below showing the Marco Polo ACTIVITY 220 CDI Drive posted in YouTube by Cars: