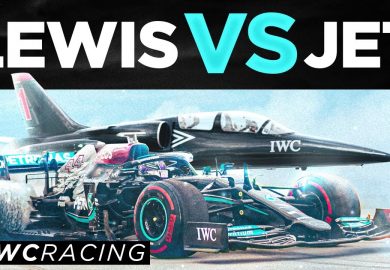 Lewis Hamilton is not the kind of guy who backs down in a race. In this video, he further pushes the boundaries by racing a Top Gun Jet using his W12 Formula 1 car. The IWC drag race features the race car used by the multi-time champion in the 2021 F1 season. The mid-engined unit is powered by a 1.6-liter M12 E Performance V6. It is matched to an electrically-boosted single turbo motor to make up its hybrid setup. The resulting output of the mating is a whopping 1,050 hp (780 kW). All its power goes to a rear-wheel-drive system and is distributed via a paddle-operated eight-speed automatic transmission. Based… Continue Reading » 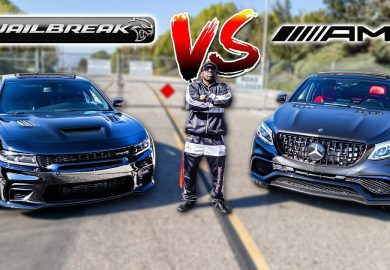 Kali Muscle definitely has a lot of love for his Mercedes-AMG GLE 63 S Coupe. In a recent video, the Youtuber, actor, and bodybuilder showcased a street race between the crossover and the Dodge Challenger SRT Hellcat Jailbreak. AMG GLE 63 S Tale of the Tape The AMG GLE 63 S Coupe starts at $117,850 in the US. This five-seater is equipped with a 4.0-liter twin-turbo mild-hybrid V8 engine. The power unit is capable of delivering 603 hp and 627 lb-ft of torque. All that power is directed to an all-wheel-drive system and managed via a nine-speed automatic transmission. The crossover measures 115.6 inches and tips the scale at 5,390… Continue Reading » 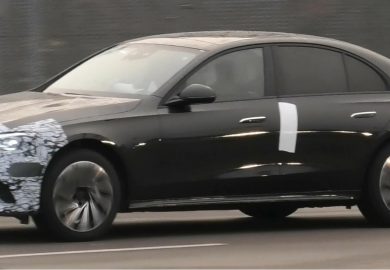 A semi-camouflaged Mercedes-Benz E-Class (W214) prototype was spotted on the road recently. If the 2025 self-imposed deadline of its maker is to be believed, this could be the last internal combustion engine (ICE) version of the range. The dimensions, stance, contours, and exposed areas of the car in the spy video confirm that it is indeed the E-Class. The prototype shows a strong resemblance with the current model but with several tweaks to mirror some of the updates in the design philosophy of its maker to its new vehicles as well as to adopt some of the changes shown in the latest generation of the S-Class, especially in terms of… Continue Reading »

Mercedes-AMG One Captures a Nurburgring Record 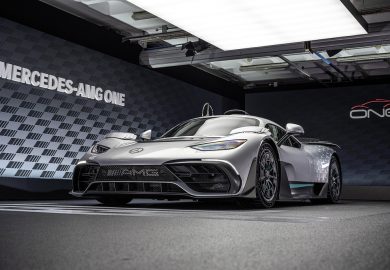 After setting records with the Mercedes-AMG GT Four-Door and the Mercedes-AMG GT Black Series, racing driver and AMG brand ambassador Maro Engel took another shot at glory with the new Mercedes-AMG One. Topping at a whopping 210 mph, the AMG One completed one lap of the Nordschleife at the Nürburgring in just six minutes and 35.183 seconds. In comparison, that is around eight seconds faster than the record set by the Porsche 911 GT2 RS with the Manthey Performance Kit and 22 seconds faster than the Porsche 918 Spyder. To maximize its limited time on the track, AMG used two units of the hypercar. These were consequently checked and documented by TUV… Continue Reading » 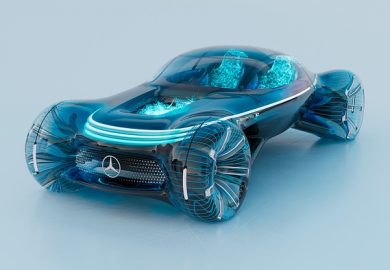 In support of its exclusive partnership with Riot Games, Mercedes-Benz will unveil a car it calls the “Mercedes-Benz Project SMNR” at the League of Legends (LoL) World Championship this coming November 5 in San Francisco. Project SMNR, which stands for “Summoner”, is a two-seater coupe not bound by the laws of physics. In other words, it is virtual by nature. According to Mercedes, Project SMNR takes heavy inspiration from the dynamic game world of LoL. Using the raw materials present in the game collectively known as “metamaterials” and utilizing the three-pointed star marque’s Sensual Purity design philosophy, Mercedes pushed the boundaries to create a car that defies the laws of… Continue Reading » 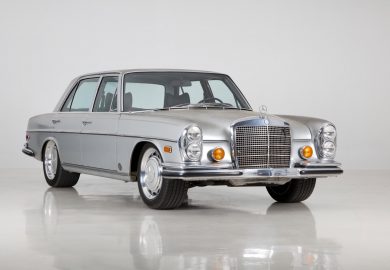 More than a decade since the Derelict Series of Icon 4×4 broke out in the automotive scene, it continues its tradition of restomodding cars, and the latest to come out of the program is the 1971 Mercedes-Benz 300 SEL with a modern V8 engine from General Motors. The new Derelict Mercedes is a meeting of the best minds in German and American car engineering. It features a 300 SEL restored to its almost pristine condition complete with its original wabi-sabi finish. It should be noted though that it’s now fitted with stainless steel and chrome inserts in place of the sheet metal originally used in the car which tends to… Continue Reading » 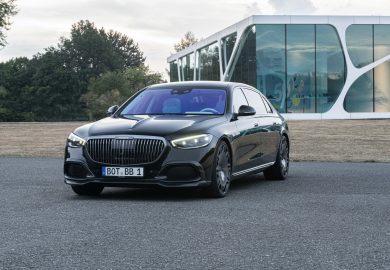 Just last year, Brabus unveiled its tuning program for the new Mercedes-Benz S-Class. Without missing a beat, the German tuner is back with its take on the more opulent variant of the three-pointed star marque’s flagship range, which comes in the form of the Mercedes-Maybach S580. The Brabus 600, as the package is called, is highlighted by its major facelift in and out as well as an augmented V8 engine that’s set to deliver additional power. Exterior The exterior of the limousine is adorned with carbon fiber materials on the bumper, splitter, and diffuser. Rather than the bright chrome accents, the tuner has imbued the car with a darker aura… Continue Reading »