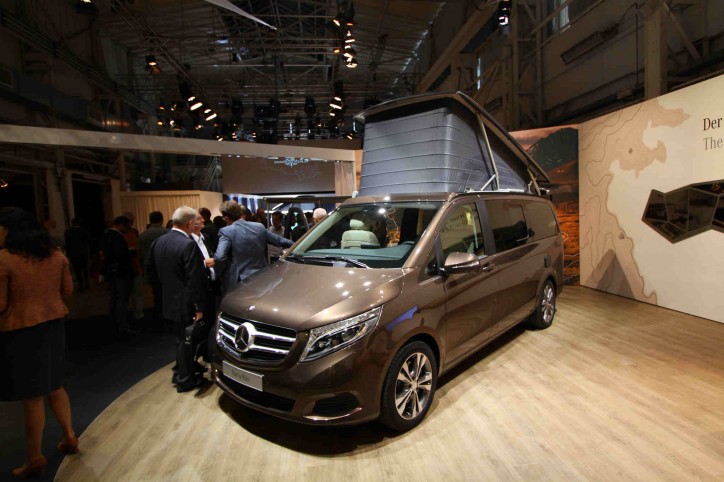 The Mercedes Marco Polo and the Marco Polo ACTIVITY were recently unveiled at the Caravan Salon 2014 in Dusseldorf. (Photo Source: MB Passion Blog)

Last July, we revealed to you the Mercedes-Benz Marco Polo. The vehicle is basically the three-pointed star’s response to Volkswagen’s California camper van. However, Mercedes has upped the ante on this one by making it more luxurious and more comfortable than its rival.

Recently, at the Caravan Salon 2014 in Dusseldorf, Mercedes finally debuted the vehicle in not one, but two variants. The first was simply called the Marco Polo while the other carried the Marco Polo ACTIVITY moniker.

The first was based on the V-Class range while the ACTIVITY model was from the Vito range of the German luxury brand according to MB Passion Blog.

Engine Specs of the Vehicles

Details About the Interior

Check out our earlier article and the picture below to have a glimpse at what the Marco Polo has to offer in its cabin.

Pricing of the Vehicles

The source noted that the Marco Polo’s price starts at  54,835.20 euros. On the other hand, the Marco Polo ACTIVITY will have a cheaper price tag starting at 38,960.60 euros.

Photos During the Unveiling

Check out the awesome photos of Marco Polo, including its ACTIVITY variant below, which were taken during their unveiling at the Caravan Salon 2014: