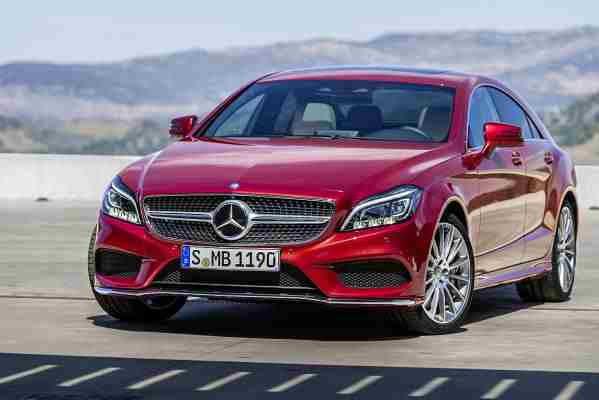 As reported earlier, this month is the official unveiling of the facelifted and amped 2015 Mercedes-Benz CLS. The 2015 model is supposed to make its official debut at this year’s Goodwill Festival of Speed, which will be held on the 26th. However, thanks to the Motoring blog of Stuff.co.nz, we now have some of the vehicle’s official photos ahead of its world premiere.

Some spy photos of the 2015 Mercedes-Benz CLS have been circulating around the first quarter of 2014. The photos only displayed the car in camouflage or patches though, which make it hard for us to really get a good look at the car’s styling. But, with the images here, we can finally get to appreciate the car more in its bare state. From the pictures, we can see that the car has a sharper look this time but it still bears the striking aura found in its predecessor.

Another noteworthy improvement in the car is the technology it offers. Some of the state-of-the-art technologies present in the car are the Multibeam LED headlights that have the capability to adjust themselves depending on the lighting conditions present in the environment where the it is traveling. The system can also adjust its beams when it detects that other cars are approaching, so as not to blind or distract other drivers on the road. Other amazing characteristics of the lighting system of the 2015 CLS is its ability to illuminate areas up to 485 meters and bend in corners.

Going inside, the vehicle’s interior is further revamped by some tweaks. Then, one noticeable add-on there is the 8-inch tablet-style media screen placed on top of the dashboard.

Based on the report, the 2015 Mercedes-CLS will be offering four petrol and three diesel variants. Among them are the following:

The 250, 350 and 500 variants will each be fitted with the nine-speed automatic gearbox while the rest will have the standard seven-speed gearbox with auto transmission. The availability of the said variants depend on each region of the globe.