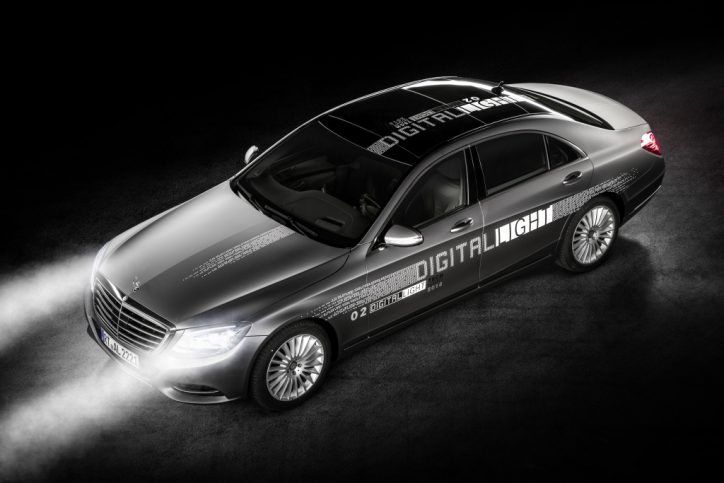 Mercedes-Benz recently talked about its new innovation in its lighting system called the “Digital Light.” It should be noted that the technology was introduced in October 2016.

Here are the the key features of the Mercedes-Benz Digital Light:

The Digital Light possesses an intelligent control logic for its dynamic light functions. The tech was developed by Mercedes. The algorithms allow the lighting of the auto to adjust depending on the surrounding conditions detected by its onboard sensors and computers.

The Digital Light of Mercedes does not only provide its user optimum vision, it also keeps in mind the other people on the road such as pedestrians and drivers. The system has high illumination, but it prevents glare that may temporarily blind or distract the drivers of incoming vehicles.

4. It Communicates on the Road

The headlamps help reflect road signs, even temporarily replacing missing markings along the way. The headlamps double as a projector, which allow the car to communicate with other drivers and pedestrians.

Among the examples revealed by Mercedes are the projection of direction arrows or warnings onto the road, and reflecting zebra crossing for pedestrians.

According to the company, the innovative lighting system will debut in the “foreseeable future.” The tech is a part of Mercedes’ “Intelligent Drive” strategy. The prototype of the system was first fitted in the research vehicle version of the Mercedes-Benz F015 Luxury in Motion. At present, the demo cars of the three-pointed star brand carry the technology.