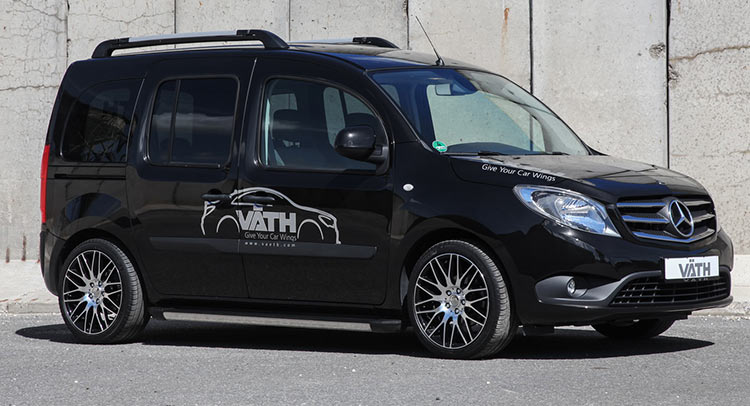 The Mercedes-Benz Citan is not typically considered by tuning specialists for a project they aim to work on, but this did not stop Vath from modifying one, as shown on a report from carscoops.com.

The Citan is the product of the partnership between the Renault-Nissan Alliance and Daimler. It is designed to be a passenger and light commercial vehicle. The van has three different body styles, the Panel Van, the Traveliner and the Dualiner. The Traveliner is mainly for non-commercial use and was the body style selected by Vath to tune. 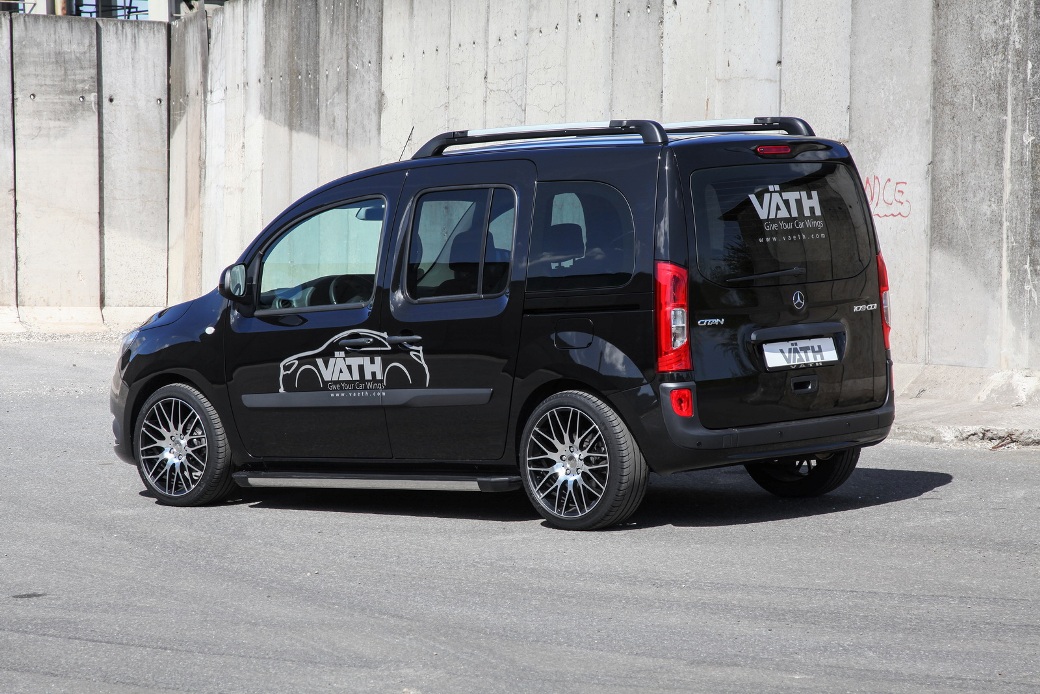 While the exterior modifications were not quite radial, they did change the character of the vehicle making it somewhat different from the standard model. The polished stainless steel sheets and pipes act as the running boards of the tuned vehicle. In addition, a load sill protector made of high polished stainless steel along with chrome grill bars were also provided by Vath Citan. The interior of the Mercedes-Benz Citan was also enhanced by the tuner as it provided it with a deep black velour floor mat.

The Citan was also given a lowering kit along with Monoblock wheels. The power of the van was also enhanced by Vath, which gave the vehicle an electronic optimization that increased its power output to 133 HP and torque to 320 ft-lb. These figures allowed the top speed of the Mercedes-Benz Citan to 165 km/h.