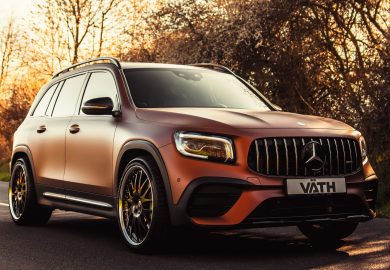 The Mercedes-AMG GLB 45 may no longer see the light of day after its supposed spy shots that surfaced a year ago but Vath recently did something to the Mercedes-AMG GLB 35 that may make it worthy of the 45 badge. The tuner gave the spacious subcompact SUV a power boost and a cosmetic upgrade. Power Starting with what’s under the hood, the AMG GLB 35 comes with a 2.0-liter turbocharged four-cylinder engine similar to the Mercedes-AMG A 35 hot hatch. It produces 302 hp and 295 lb-ft of torque in its stock configuration that goes to a 4MATIC all-wheel-drive system and distributed via an eight-speed dual-clutch automatic transmission. That’s… Continue Reading » 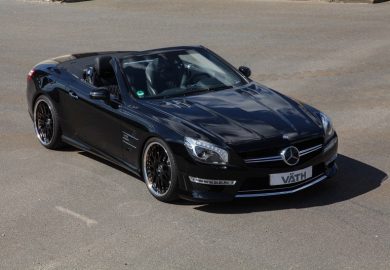 The Mercedes-AMG SL 65 is already an awesome car. Okay, the Mercedes-Benz SL is already considered by many as one of the most stylish range of the three-pointed star brand—tracing its genes from the iconic Mercedes-Benz 300 SL— but hand it over to AMG for an enhanced appeal combined with better performance and you got a gem right there. According to TopSpeed, Vath recently released its new tuning package for the car. Being a big name in the aftermarket industry, hearing Vath tinkering with the Mercedes-AMG SL 65 might get many interested. So here are the top 3 features of the new Vath Mercedes-AMG SL 65: 1. Power Up The first in… Continue Reading »

Speed-Buster, Vath, Brabus, Posaidon: Which One Tuned the Mercedes-AMG A45 Best? 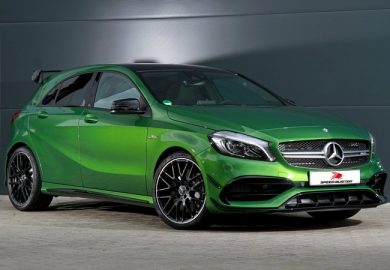 Over the years, have seen several specialists install their tuning packages for the Mercedes-AMG A45. The newest tuning package revealed for the car was from Speed-Buster. So how does the Speed-Buster Mercedes-AMG A45 compare with the other versions from other known tuners like Brabus, Vath and Posaidon? Let’s take a quick look at each one of them. Speed-Buster Mercedes-AMG A45 Speed-Buster kept the design of the A45 AMG, but it gave the car 431 hp and 431 lb-ft of torque. The acceleration of the auto from zero to 60 mph is at 4 seconds with a top speed of 180 mph. Brabus Mercedes-Benz A45 AMG Brabus imbued the 2014 A45 AMG with aero components… Continue Reading » 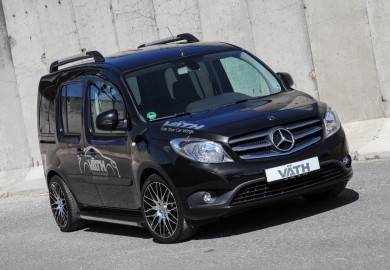 The Mercedes-Benz Citan is not typically considered by tuning specialists for a project they aim to work on, but this did not stop Vath from modifying one, as shown on a report from carscoops.com. The Citan is the product of the partnership between the Renault-Nissan Alliance and Daimler. It is designed to be a passenger and light commercial vehicle. The van has three different body styles, the Panel Van, the Traveliner and the Dualiner. The Traveliner is mainly for non-commercial use and was the body style selected by Vath to tune. While the exterior modifications were not quite radial, they did change the character of the vehicle making it somewhat… Continue Reading » 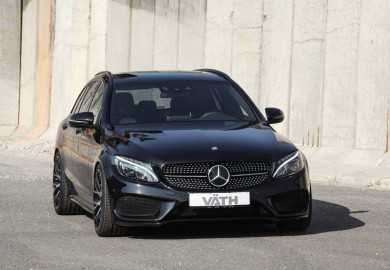 The Mercedes-Benz C450 AMG Sport can be considered among the best luxury family wagons in the market with its notable power output. However, the people at Vath wanted to bring it to the next level by giving it a power boost, as shown on a report from gtspirit.com. Vath decided to give the six-cylinder engine of the C450 AMG Sport its in-house stage 5 tuning kit at their garage. The kit consists of individual adjustments to the electronics of the engine, a large-size custom cooling system and enhancements on the Vmax. The tuning kit saw the power output going up from 367 HP to 441 HP. In addition, the tuning… Continue Reading » 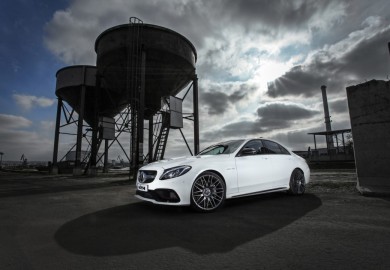 VATH has done it again as it took a Mercedes-AMG C63 unit and brought its muscle to the next level, as shown on a report from worldcarfans.com. While the exterior remained essentially untouched with the exception of the custom wheels as well as its lowered ride height, the German tuning specialist upgraded the 4.0-liter twin-turbocharged V8 engine of the C63. The upgrades provided by VATH on the C63 increased its power output to 600 HP as well its torque to 598 lb-ft. due to this upgrade, the top speed of the luxury sedan is at 199 mph or 320 km/h. The upgrade has a price tag of around $4,300 or… Continue Reading » 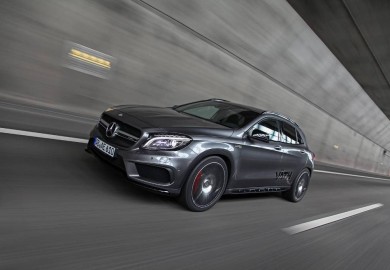 The Mercedes-Benz GLA45 AMG became the latest subject for modification by German tuning company Vath, as shown on a report from gtspirit.com. In itself, the performance crossover of the German luxury vehicle manufacturer is already mind-blowing, but the tuning specialist wanted to make it better, much better. Vath called its creation the V45. The four-cylinder 2.0-liter turbocharged engine of a standard GLA45 is already capable of producing 260 HP. However, the tuning company increased its power output to 395 HP along with a torque of 357 lb-ft and a top speed of 280 km/h. However, Vath did not stop here since its stage 2 upgrade using the V45RS kit increased… Continue Reading »