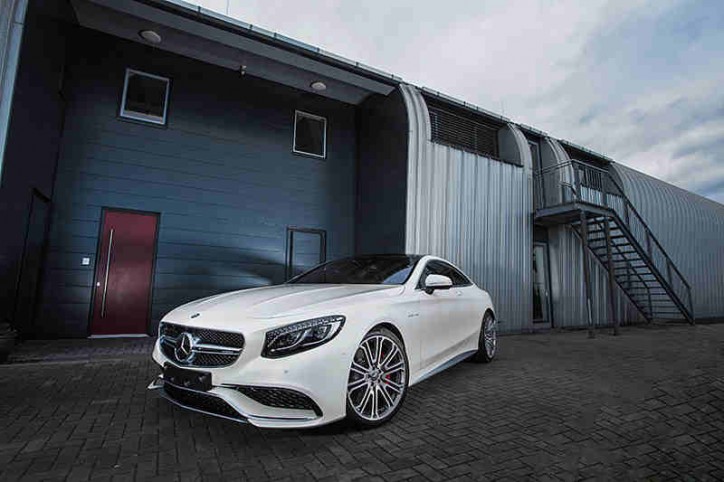 The Germany-based IMSA GmbH, which is better known for its works involving Lamborghini supercars, released its new tuning package for the Mercedes S63 AMG Coupe. The tuner fitted the performance variant of the S-Class with new wheels and a boost in its engine output.

IMSA remarked that Mercedes-AMG already did a good job with the car. However, the tuner stated that there is still some room for improvement with the Mercedes S63 AMG Coupe.

The company left the armor of the car untouched, concentrating only on the wheels and engine upgrades. It revealed though that they are currently working on a new bespoke aerodynamic kit for the auto as well as new body kits for other Mercedes models sporting the AMG badge.

The best stuff about the package were the engine tweaks. A software upgrade for the 5.5-liter biturbo V8 engine of the car, coupled with a custom exhaust system, was provided.

The tuner modified the x-cross central muffler of the performance variant of the S-Class. The work included modifications in the  intercoolers, airways, and air filters of the coupe. The configurations enable the two-door Mercedes S63 AMG to achieve an output of 720 hp and up to 1,080 Nm of torque.

IMSA did not disclose the performance details of the tuned S63 AMG. However, its zero to 100 km/h sprint should be faster than the 3.9-second record of the standard AMG coupe model, and its speed is capped at 250 km/h.