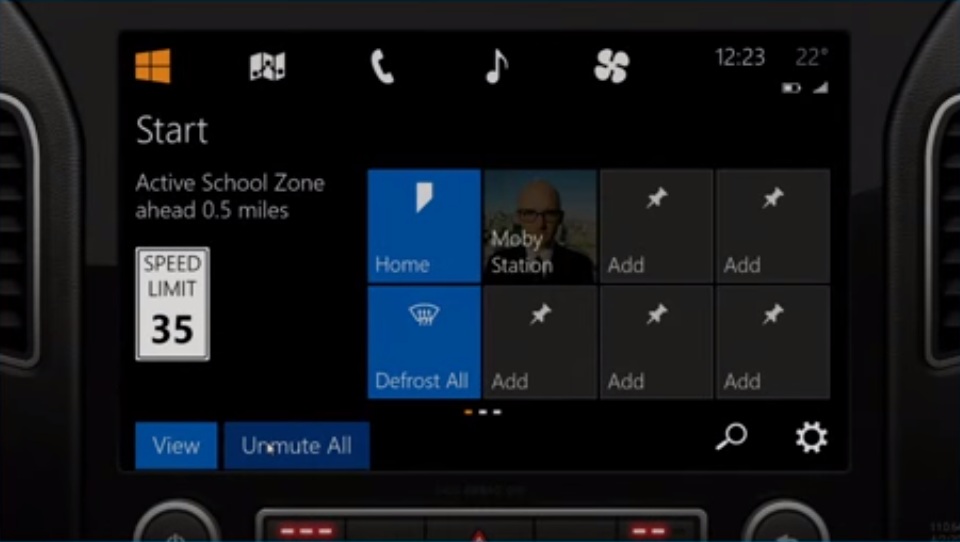 During the early week of this month at the Build conference, Microsoft unveiled its own car operating system concept. The car OS being developed by the multinational corporation founded by Bill Gates aims to compete with Apple’s CarPlay and Google’s Projected Mode project.

On its preview, the audiences can’t help but compare it against Apple’s CarPlay because Microsoft’s car OS had striking similarities with it. Like its rival’s product, the car OS of Microsoft enables placing calls, sending messages, listening to music and viewing the vehicle’s diagnostics. Steve Teixeira of Microsoft’s development division noted though that safety is the primary concern of their OS.

For instance, when the car is mobile, only apps that have been optimized for use while driving will function. The feature will disable apps connected to text messaging, emails or others that might distract the driver while the car is on the go. Again, the blocking of apps related to distracted driving is another feature of the CarPlay that Apple revealed just recently.

Microsoft also divulged they will be offering tools for developers who would be interested in making apps that would conform to safe driving standards. Once again, this is a move to encourage developers to make apps for their new platform in an effort to attract consumers to their product when it launches.

So far, Microsoft hasn’t provided any details yet about the release of its car OS. There is no word even on what the Microsoft car OS will be officially called when it comes out. No information was revealed too regarding the brands that will be equipped with it, but knowing the prestige that the Mercedes-Benz brand will bring them, they are most probably aiming for the brand’s future cars.