Engine Of Mercedes-Benz A45 AMG Enhanced By Posaidon 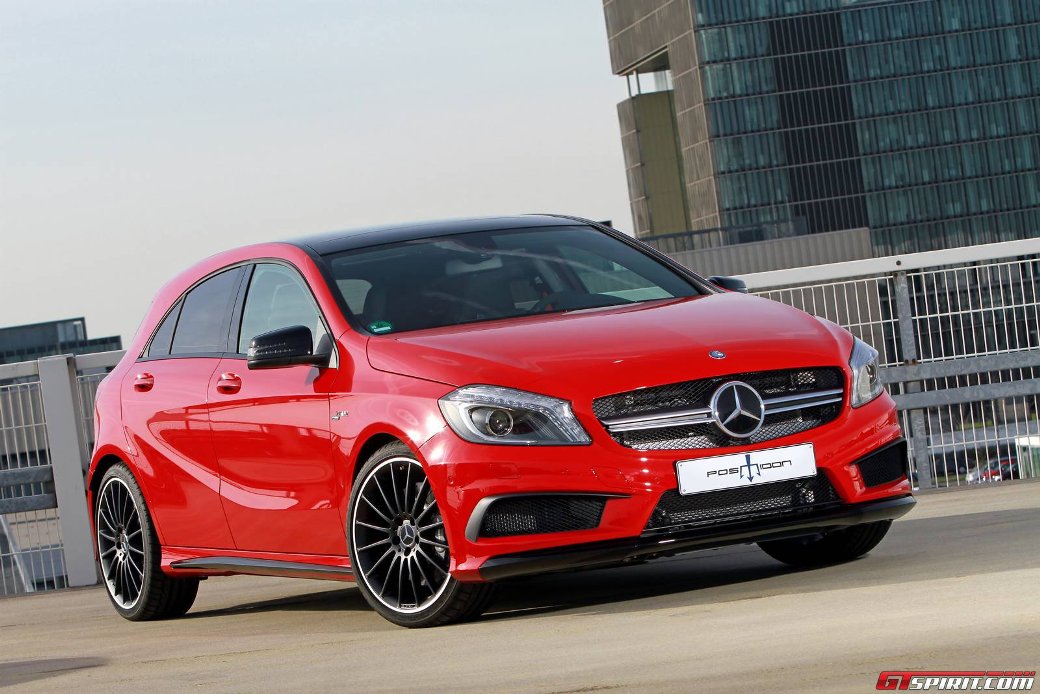 The engines of the standard model of the Mercedes-Benz A45 AMG, CLA 45 AMG and the GLA 45 AMG are considered to be the second most powerful in the automobile world. It is only surpassed by the 3.8-liter V8 twin-turbo engine of the McLaren P1. The 2.0-liter four-cylinder turbo engine of the A45 AMG offers a power output of 360HP and torque of 450Nm.

Despite its small size, the tuning company Posaidon believed the engine of the sporty hatchback can still produce additional power than what the standard model is offering, according to a gtspirit.com report. This belief resulted to three stages of engine upgrades for this product of the Germany-based luxury vehicle manufacturer.

This increased power output is made possible through some adjustments to the ECU of the A45 to allow it to optimize the power output of the 2.0-liter engine. The electronic speed limiter of the vehicle was also deactivated by the tuning company. This means the top speed of the vehicle can go past the 300 km/h limit.