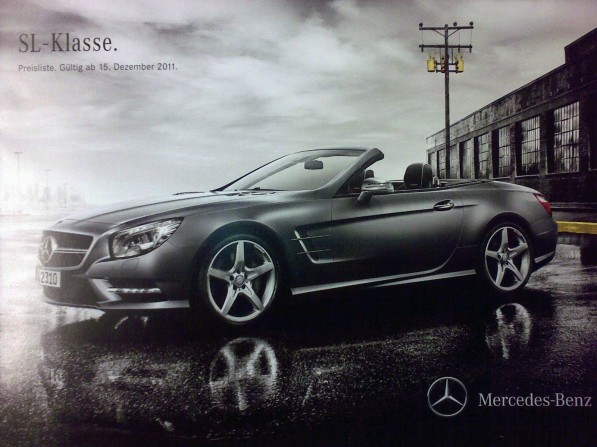 There has been lots of spyshots of the 2013 Mercedes-Benz SL now. Why not, it is very much anticipated because of the many firsts that this car will have. All aluminum body, magnesium in the rear panel and the lightest weight Mercedes model ever.

GermanCarForum showed a new scoop, the scans of the 2013 Mercedes-Benz SL brochure. And if the scans are true, the shape of the car is very much similar with the current SL model with a touch of the SLK. It still has the retractable hardtop and a great windshield cleaning system.

With the looks of it, Mercedes-Benz maybe releasing the official photos before the end of 2012. But the first public appearance of the car will be on January at the Detroit Motor Show.