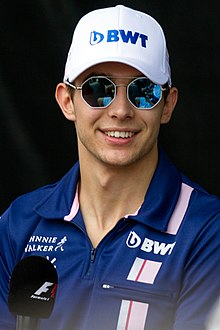 Force India’s Esteban Ocon confidently claimed that it’s only “a matter of time” until he joins the Mercedes Formula 1 team. The 21-year-old driver said he received guarantees from the bosses at Mercedes that he will land a seat with them in the future.

“The bosses [at Mercedes] have plans for me that are ‘not yet’,” Ocon revealed Motorsport.com.

“It’s not the plan for now. I think they want me to have more experience before I jump in that car. I knew that already. I have targets I have to respect,” he added.

Ocon is one of the promising young drivers in F1 right now. The Force India driver definitely displayed amazing skills last year when he finished 8th in the Driver Standings with 87 points while his partner, Sergio Perez, finished 7th with 100 points. Meanwhile, their team was 4th in the Constructor Standings, thanks to their efforts.

Fast-forward to the present, Ocon is down to the 12th place with only 29 points following Perez’s 30 points at the 10th position. His performance this season suffered because of his failure to finish at the top 10 since the Monaco Grand Prix in May as well as 3 retirements in his scorecard.

Mercedes just signed Lewis Hamilton to a multi-year deal, and he is the team’s ace right now, so the one definitely getting the cut in the group is Valtteri Bottas if they decide to accommodate Ocon in their lineup. Since Bottas is secured in Mercedes up to 2019, it won’t be until 2020 when Ocon will get the chance to replace him. His chances also depend on the performance of Bottas next year.

Ocon pointed out that driving for Mercedes is his long-term goal in the sport.