SEND US A TIP
Featured, Tuner
0 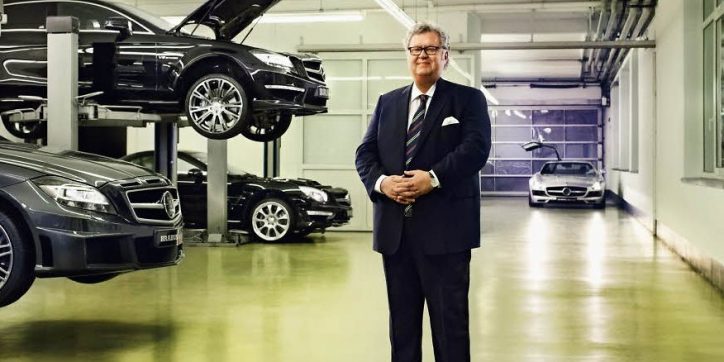 Bodo Buschmann, the founder of the famous Mercedes tuner, Brabus, died on April 26, 2018. He passed away at age 62 due to illness, and the control of the company has been officially turned over to his son Constantin.

According to German website Waz, Brabus was founded in 1977. The business was registered under the name of Buschmann, and his friend Klaus Brackman. The first three letters of their last names was where Brabus derived its name.

Bushmann was in law school back then, and he owned a Mercedes. He wanted to modify his vehicle but there were no specialists capable of meeting his requirements. As a result, he opened Brabus. Eventually, Brackman sold his share in the business to Buschmann, giving him control over the company.

The humble beginning of Brabus can be traced back to the time when it was only a small tuning shop located just behind the car dealership owned by Buschmann’s parents. After gaining fame, the company grew to become the second-largest Mercedes tuner in Germany just behind AMG. It should be noted that AMG was incorporated by Mercedes in 1999.

By 2012, Brabus was able to open its third facility. At present, the tuner is also known for its works involving the Smart compact cars of Daimler, Mercedes-Maybach units, and Tesla cars.

Despite Buschmann’s mortality, his legacy lives on with the company that he forged. Among the latest works of Brabus were the Mercedes-AMG S65 Rocket 900 Cabriolet, smart fortwo Brabus edition #2 and the restoration of several classic cars of Mercedes-Benz cars.