The Future Of Mercedes and Driving 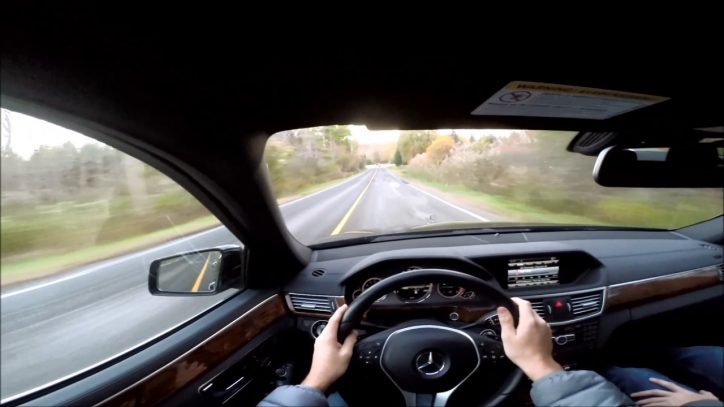 Mercedes-Benz has always been at the front of automotive technology, and as you well know, cars are evolving at a pace like never before. So, what should we expect from in the near future with Mercedes and driving?

Less or No Need for Drivers

With the coming of autonomous cars, there will be less or even no need drivers. However, is this something that we should be excited about? This actually depends, as people who consistently suffer road rage will celebrate this advancement. If you drive for a living or own a business that is driving related, you might want to consider how this change is going to impact you.

Of course, you should always consider that when one door closes another one opens. The self-driving car industry will benefit services such as Zipcar which offers car-sharing, taxi services, rental car companies and public transport. There will come a time, in the not too distant future, where a car will pick people up and take them to arranged stops while charging them by phone or online. During this time, they will be able to do whatever they want on the road such as nap, read or even exercise. This piece from RS Online looks into the future of autos.

According to research, driverless cars promise increased safety. No manual driving will mean that there will be no more drunk driving or driving while texting. A possible side benefit of increased safety could be lowering of insurance premiums.

No more accidents is a major benefit to driverless cars as motor vehicle accidents are one of the leading causes of death in the US. However, you do need to question how safe these cars actually are. Since the start of driverless car testing by Google, there have been no accidents caused by the cars.

One of the issues to be considered with driverless cars is should there be an accident, who is at fault. It is the owner of the driverless car, the manufacturer, the software creator or the government? There are still no answers to this, but it is known that a decrease in accidents can positively impact many areas. These areas will include insurance premiums as well as roadside and emergency assistance services.

There is a lot of driving etiquette that we are faced with each day such as the right of way law that allows pedestrians to pass in front of your car. There are other issues such as drivers cutting you off and then slowing down to 20 miles per hour in front of you. This does not even include the drivers who fail to use their turn signals correctly.

With driverless cars, driving etiquette will no longer be required. An article found by clearCI states that driving will be smoother with driverless cars as long as they are clever enough to negotiate with each other. The big technology companies are already creating ideas for sensors, light systems and patterns that will make these cars clever enough. They are also looking at smart road sensor systems which will include integration of cruise control, radar and pedestrian detectors.

When people see flashing red and blue lights in their rearview mirror, most of them become anxious. However, if a driverless car is able to avoid accidents, this means that they should be smart enough to avoid any traffic tickets as well. This means that you will not have to worry about the traffic officer pulling you over for a violation and ticket.

The problem with this potential benefit of driverless cars is that they could seriously disrupt the income to the city and state. Bryant Walker Smith, a fellow at the Center for Automotive Research at Stanford has stated that driverless cars present a challenge to the traditional revenue models of many cities and states. Not only will driving violations be cut, parking tickets will also be reduced.

Traffic lights are also going to be less common as smart sensors will be able to facilitate the traffic. As there will be fewer traffic police, people will also not have to study and pass a driving test. Reality is people do not need a license to sit on a bus or train and would possibly not need one for a driverless car.