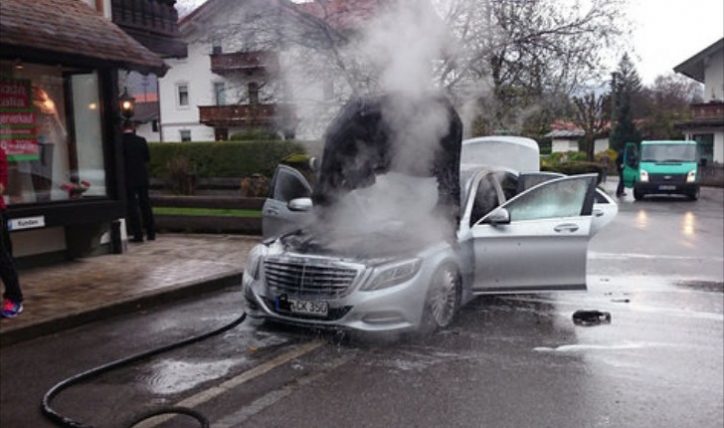 An estimated one million Mercedes-Benz vehicles are subject for recall due to fire hazards brought about by a potentially faulty fuse.

Daimler made an announcement that one million units of Mercedes-Benz vehicles will be recalled worldwide. That was after the company discovered that some models are at risk of catching fire because of a potentially defective fuse.

According to Reuters, 51 fires were already reported by Mercedes owners globally, and the culprit was a faulty fuse. The company bearing the three-pointed star mark cleared out though that no injuries or deaths were recorded during those incidents.

Of the one million vehicles set for recall, 307, 629 units were in the United States of America. Then, 30 of the 51 fires reported happened in the U.S.

The source noted that the recall even included 2017 models of Mercedes. The automaker did not enumerate the specific units affected yet but US owners could find out if their autos are included in the recall by entering their vehicle VIN numbers at the recall site of Mercedes-Benz USA.

The company said that its customers in the U.S. will be notified if the Mercedes they own are subject for recall. No specific date was given by MBUSA but the notice is expected to take place late this month. No information was provided about the release of the notices to other markets abroad.

The parts to be used for replacement are not expected to arrive in the U.S. until July. Vehicles in dealerships that are affected by the recall will not be sold until an additional fuse will be installed to fix the issue.