Why is There a Typewriter at the Mercedes-Benz R&D Headquarters? 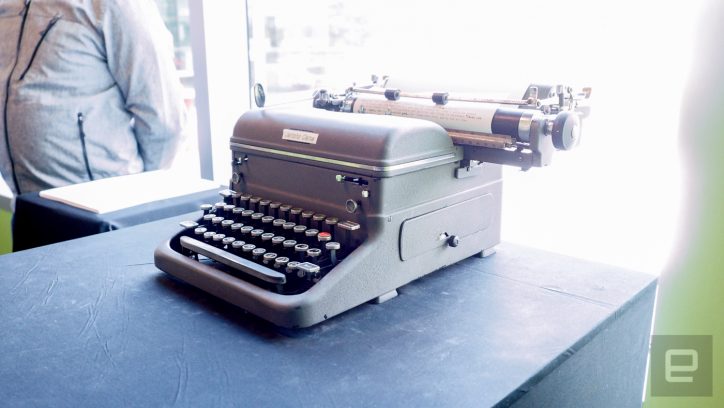 The Mercedes-Benz R&D North American Headquarters is located in Silicon Valley. It houses the upcoming innovations of the three-pointed star marque, which will then be integrated to its cars and other products.

Recently, Engadget‘s Roberto Baldwin paid a visit in the Mercedes-Benz R&D HQ to check out what the luxury car brand has in store for customers in the future. Surely, he found a lot of hi-tech stuff there, including the Mercedes-Benz Concept EQ. However, one thing that really caught his interest was a metal typewriter inside the most advanced facility of the famous automaker.

So, why is there a mechanical metal typewriter at the Mercedes R&D HQ?

It works much like a typical typewriter. In the paper inserted to it is a collaborative story. What’s amazing about it though is that every line typed onto the paper, the AI computer puts a follow-up to the tale.

The report said the study is a part of the CASE (Connected, Autonomous Driving, Shared Usage and Electric Drive) strategy of Mercedes. The German brand is testing what happens when a computer is taught how to write, space and spell on its own.

The goal of the project is to come up with a brain for Mercedes cars that is capable of independent learning and reacting to what is happening on the road. In a nutshell, the experiment involving the typewriter is a part of the learn-and-react system of the luxury car brand that will further advance its autonomous driving research.