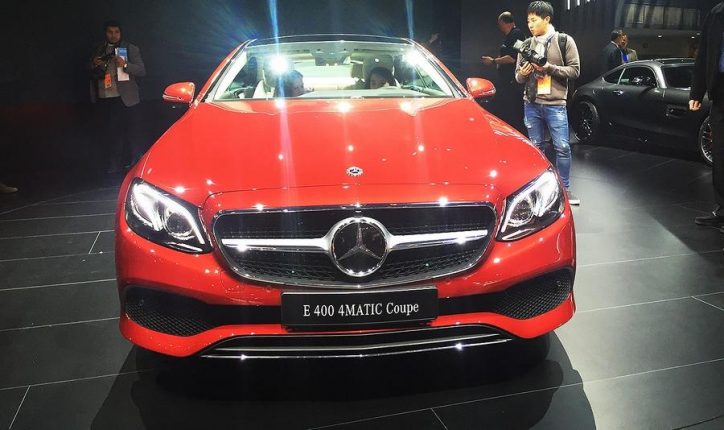 Mercedes-Benz started 2017 by showcasing its new products and services at the North American International Auto Show (NAIAS). One of the cars highlighted in the event was the 2018 Mercedes-Benz E-Class Coupe alongside the facelifted Mercedes-Benz GLA.

As reported earlier, Mercedes introduced four models of the E-Class Coupe, namely the E200 Coupe, E220 Coupe, E300 Coupe and the E400 4MATIC Coupe. The one shown in Detroit was the Mercedes-Benz E400 4MATIC Coupe that can be seen in the pictures here which were featured in Automotive News. 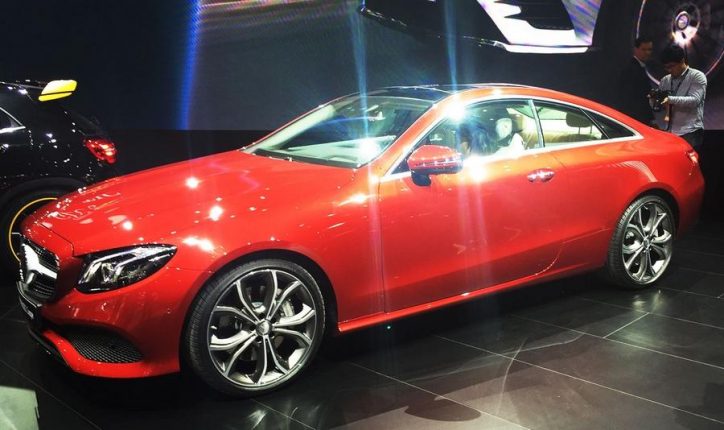 The E400 4MATIC Coupe is equipped with a petrol-fed 3.0-liter V6 engine. The unit produces 333 hp and 480 Nm of torque. Then it is matched with a 9G-TRONIC nine-speed automatic transmission. The power of the car allows it to accelerate from zero to 100 km/h in just 5.3 seconds. The top speed of the auto is at 250 km/h. 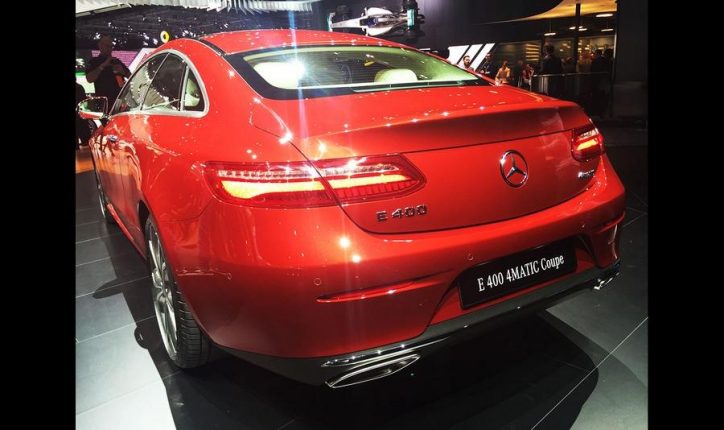 The 2018 Mercedes-Benz E-Class Coupe is 4.8 inches longer and 2.9 inches wider than its current model. The design language of the E-Class Coupe follows its sedan counterpart that came out last year, except its sportier frame, two-door layout, and updated LED system.

The vehicle carries the same tech present in its sedan version. Standard in the E-Class Coupe is the Remote Parking Pilot system that lets the owner park the car with only the use of a smartphone app.

The report said the E-Class Coupe will be out in the summer. The pricing of the car hadn’t been revealed yet.

Daimler CEO Dr. Dieter Zetsche is hopeful that the E-Class Coupe will further boost the sales of Mercedes and expand the luxury brand’s market reach.