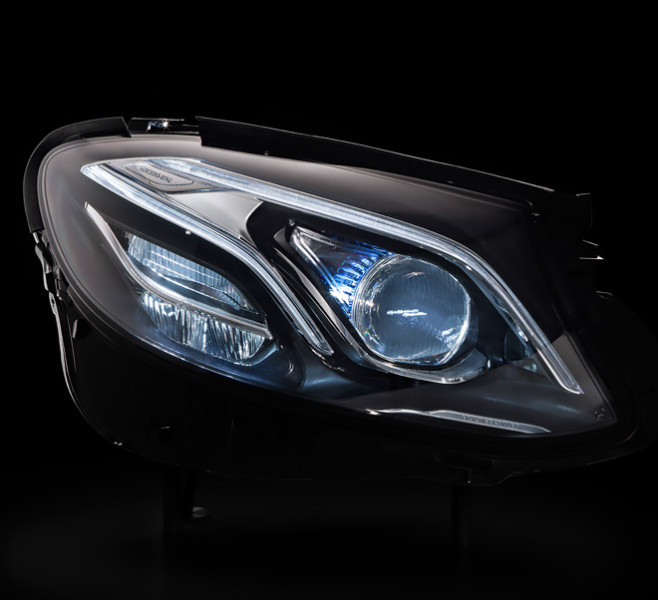 Mercedes-Benz recently received the Red Dot Design Award for its Multibeam LED headlamps, which come as standard equipment in the all-new E-Class models. The award is just another proof that Mercedes is a global trendsetter when it comes to its designs.

According to Daimler, the Multibeam LED headlamps were among the 5,214 product entries submitted for judging in the “Red Dot Design Awards” of this year. It added that the entries came from 57 countries. The lighting technology of Mercedes stood out because of its innovative styling, aesthetic quality and trendsetting design.

Basically, Red Dot is a group that recognizes the best in design and business. Its Red Dot Design Award is aimed at identifying those who make their business activities distinguishable through their product designs.

The Multibeam LED lights present in the Mercedes-Benz E-Class is made up of 84 individually activated high-performance LEDs. Aside from its excellent illumination of the car’s path, it has smart features that enable it to adjust automatically in certain traffic conditions.

For instance, when there is an approaching motorist, some components of the lighting system adjust themselves to prevent glare, which may distract or temporarily disorient the approaching driver. Furthermore, the LEDs alter themselves to allow the driver of the car to read road signs better.

Another revolutionary trait of the product is its ability to curve its lighting during bends in the road. The predictive light bend features of the Multibeam is aided by the car’s camera sensors.

Watch the video below that demonstrates the revolutionary features of the Mercedes-Benz Multibeam LED lights: