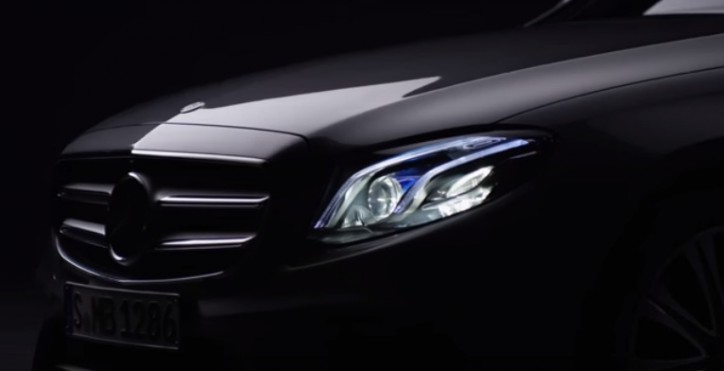 A screenshot of the new Mercedes-Benz E-Class trailer.

The video teaser for the 2017 Mercedes-Benz E-Class is officially out. The 27-second clip was released just a day after Mercedes revealed its sketch for the car which can be seen below. 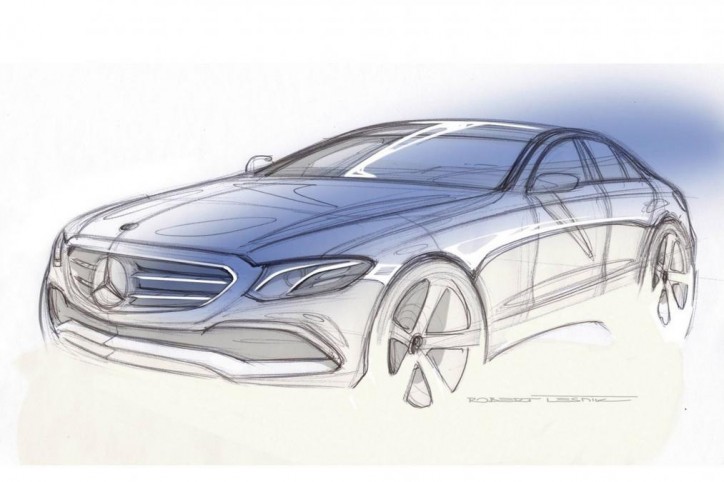 An official sketch for the Mercedes-Benz E-Class.

The sketch basically shows what we can expect from the exterior of the E-Class like its contours, lines, grille, hood, front bumper, lip spoiler, wheels and arches. Many similarities with the C-Class can be seen here.

As for the new trailer, it highlights the more advanced multibeam LED headlamps of the car, which is one of the many tech that will debut in the Mercedes brand through the E-Class.

According to sources, the new multibeam system has 84 individually-operated LEDs. These offer a wider scope of illumination on the road at nightm and it also allows the glare of both the front and the taillights to adjust depending on the lighting conditions present within the vehicle’s vicinity.

It should be noted that the new lighting system of the upcoming E-Class is a big leap from the 24-LED technology installed on the Mercedes-Benz CLS.

Below is the official teaser of Mercedes for upcoming E-Class, which feature the new multibeam system of the brand:

The 2017 Mercedes-Benz E-Class will make its debut this month. The advertised date of its launch will be on January 11, 2016. It will be one of the main highlights of the North American International Auto Show.