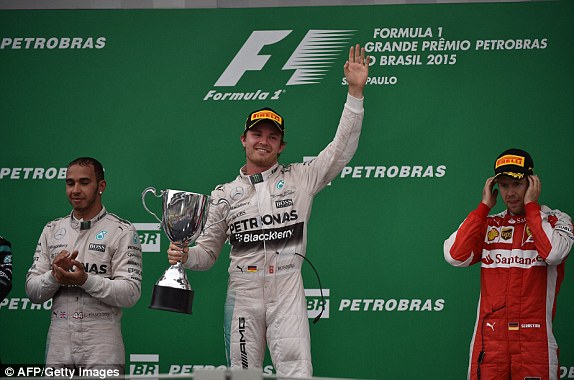 From the qualifying up to the actual race of the Formula One Brazilian Grand Prix, Nico Rosberg appeared to be at his best. In the race before the final event of the year to be held Abu Dhabi, the German driver secured the victory while his teammate Lewis Hamilton trailed behind him in the finish line.

Rosberg was able to extend his lead against the strong contender from Ferrari and the four-time F1 World Champion Sebastian Vettel with his recent win. He now has 297 points in his scorecard this season while Vettel has 266 points.

Hamilton already gained enough points to secure the F1 Drivers’ World Championship, but his latest second place finish raised his score further to 363 points. On the other hand, the recently-awarded F1 Constructors’ Champion Mercedes-AMG Petronas expanded its gap versus Ferrari by 259 points when it increased its overall season score to 660 points.

With Hamilton and the team secured of the titles, the pressure seems to be on Rosberg at present as he is currently fighting to maintain his number two position in the drivers’ rankings. He still needs to put up a great fight in the upcoming Abu Dhabi GP to keep his place. Furthermore, his car should not experience any mechanical issues during that race because a DNF plus Vettel landing a podium could still unseat him from the second rank with the double points in play.