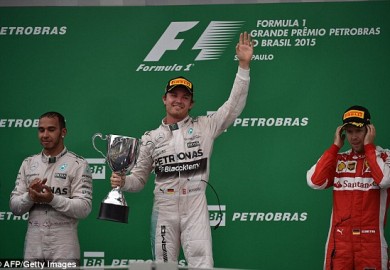 From the qualifying up to the actual race of the Formula One Brazilian Grand Prix, Nico Rosberg appeared to be at his best. In the race before the final event of the year to be held Abu Dhabi, the German driver secured the victory while his teammate Lewis Hamilton trailed behind him in the finish line. Rosberg was able to extend his lead against the strong contender from Ferrari and the four-time F1 World Champion Sebastian Vettel with his recent win. He now has 297 points in his scorecard this season while Vettel has 266 points. Hamilton already gained enough points to secure the F1 Drivers’ World Championship, but his latest second place finish raised his score… Continue Reading » 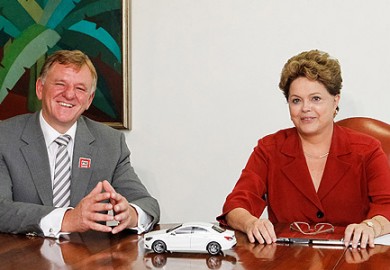 The Mercedes-Benz 2020 growth target is a lofty one, no matter the stature of the German automaker. However, with sustained growth so far this year and a number of initiatives already in place, reaching those goals is definitely possible. The latest move to achieve those targets involves a new Mercedes-Benz Cars plant in Brazil, which was just announced by Daimler. The new facility, which is slated to be built in Iracemápolis, a São Paulo municipality, will be a production ground for the next-gen models of the Mercedes-Benz GLA and the C-Class line. Units produced at the new plant are intended for sale within the local market. The announcement of the new… Continue Reading » 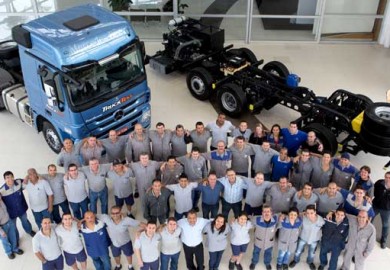 Mercedes-Benz do Brasil has just completed its two-millionth locally-made commercial vehicle, a milestone achieved in 57 years. That figure is comprised of some 1.4 million trucks along with 600,000 buses and chassis. According to Mercedes-Benz Trucks Europe and Latin America chief Stefan Buchner, Daimler Trucks’ operations in Brazil started “way before the country was considered an up-and-coming economy.” He added that Brazil is currently among the brand’s vital truck markets. That is, of course, not just in sales but also in production, as underscored by the 2-million-unit milestone. With around €540 million invested between 2010 and 2013, Mercedes-Benz do Brasil was able to prepare for some considerable growth. With new engine… Continue Reading » 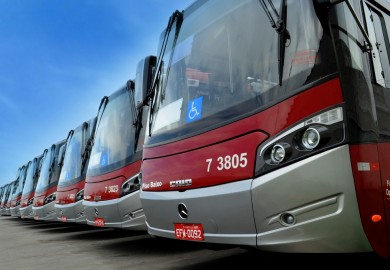 Preparations are being made at the metropolitan areas in Brazil to deal with an expected increase in traffic volumes during the upcoming 2014 FIFA World Cup. In connection to this, a total of eighty Mercedes-Benz buses were ordered recently from Mercedes-Benz do Brazil. The buses will feature the Bluetec 5 technology, which is friendly to the environment. The buses also satisfy the PROCONVE P-7 standards for exhaust emissions. Sales of PROCONVE P-7 vehicles of Mercedes-Benz do Brasil surpassed the 5,200 unit level in 2012. Around 17,800 units were sold by Daimler Buses in Latin America last year as the company copped 43 percent of the market. Fifty units of Model… Continue Reading » 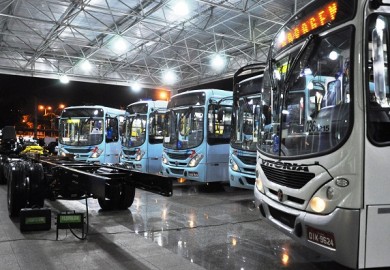 The orders are piling up for Daimler and Mercedes-Benz Buses, especially in Brazil. As the country prepares for an influx of people for the 2014 World Cup as well as the 2016 Rio de Janeiro Olympics, bus fleets in the country’s major cities are also gearing up with updates. The city of Fortaleza, which will host some of the soccer games for the World Cup, has a standing order of 135 BlueTec-5-equipped Mercedes-Benz city buses. The city of Riberao Preto, located in the Sao Paulo province, also had some public transport companies placing an order of around 390 bus chassis from Mercedes-Benz. “The public transport companies chose our vehicles because… Continue Reading »