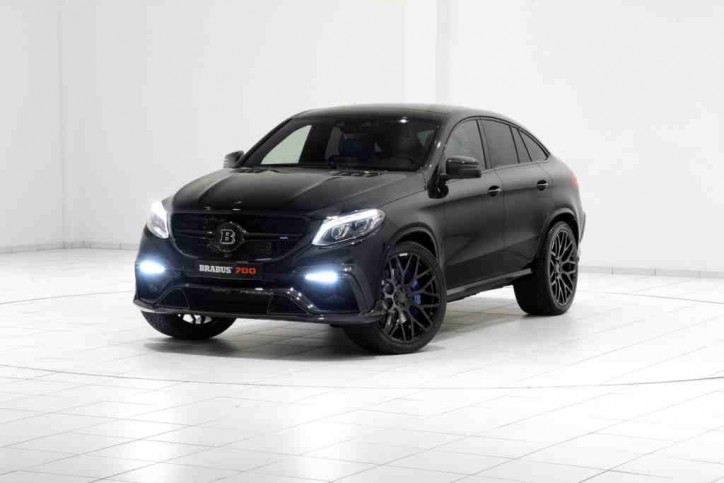 Brabus impresses Mercedes-Benz fans again with its new work involving the 2016 Mercedes-AMG GLE63 Coupe. The famous tuner gave the crossover coupe a more powerful output, and provided it a more striking appearance. The vehicle was also rechristened as the GLE 700.

As indicated in the title of this article and the new moniker given by the specialists of Brabus, the GLE Coupe now possesses a whopping 700 hp output in its biturbo V8 engine. Its top speed is raised to a mind-blowing 300 km/h too. The numbers are 123 hp more than the stock engine configuration of the Mercedes-AMG GLE63 Coupe, and 50 km/h more in speed limit compared to the unadulterated AMG version of the compact crossover.

In addition to the engine upgrades, Brabus modified the suspension of the GLE Coupe plus gave it a few aero and styling updates. The exterior revisions include the blackened carbon fiber front grille, bumpers, mesh, spoiler lip, side skirts, diffuser, and tailpipes. In addition, new wheels and brake calipers were fitted to the auto.

The interior got the usual Brabus treatment as well. The seats were wrapped in sky blue leather, and the other elements of the vehicle’s cabin were accentuated by the same color theme. The rest of the leather surfaces were in khaki color. The color choices may not sit well with some customers though.

Check out the gallery below for more photos of the Brabus-tuned GLE Coupe: