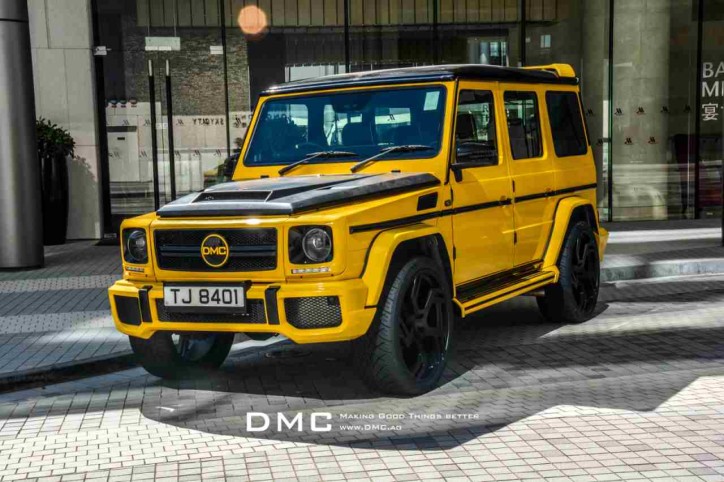 DMC is about to celebrate its five years of presence in Hong Kong. Despite being more popular for customizing Ferrari and Lamborghini models, the firm chose to commemorate the important event by introducing its new work with the Mercedes-Benz G-Class instead.

According to WorldCarFans, the DMC G-Class has been rechristened as the G88. The model will come as a limited edition. The report said the production of the customized Mercedes-Benz G-Class will only be limited to five units. It also noted that the models will each have a unique paint for exclusivity’s sake.

The G88 features new hood, spare tire cover, and a spoiler at the back portion of the roof. All these come in carbon fiber materials. A new vent is placed on the hood of the SUV as well for better air circulation of its engine and other components beneath its bonnet. Other add-ons that customers can enjoy with the new DMC G-Class are wider fenders and a set of 23 to 25-inch forged alloy wheels.

Going inside, buyers can choose to retain the stock interior of the G-Class. Alternately, they can replace it with carbon fiber trim, or other types of finishes with Ostrich or Stingray leather surfaces.

There was no mention about any engine upgrades to the G88. However, the source claimed that the company admitted fitting it with new pistons, bearings, connecting rods, crankshaft and exhaust system. Taking a hint from the upgrades, the report estimated the output of the modified G-Class to reach up to 700 PS or 515 KW.

Check out more photos of the limited edition DMC Mercedes-Benz G-Class G88 Edition in the gallery below: