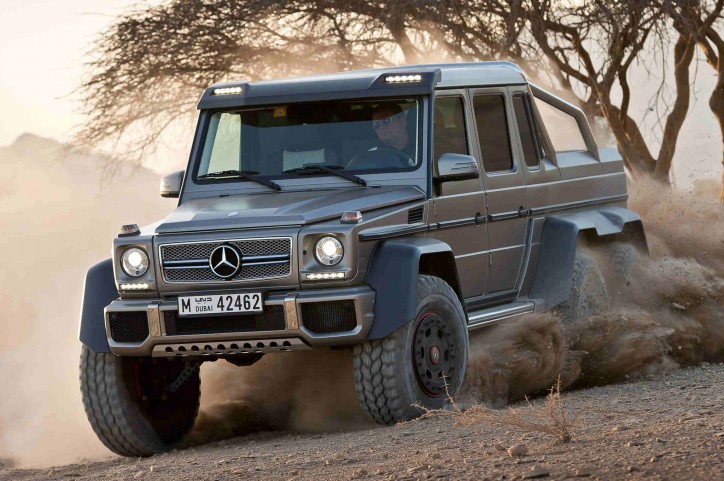 This month, one of the iconic vehicles bearing the three-pointed star marque will be making its last run in the Mercedes’ production plant. According to Autoblog, the Mercedes G63 AMG 6×6 has finally reached the end of its production life.

Based on the report, the German automaker is halting the manufacture of more Mercedes G63 AMG 6×6 units after selling about a hundred of them. It should be noted that the decision of the company to put the six-wheeler out of pasture had nothing to do with its sales as ultra-rich customers have been more than willing to spend more than $500,000 of their money for it.

The real reason behind the judgment of Mercedes is to ensure the rarity of the vehicle. The behemoth will be replaced by the recently unveiled and equally-awesome Mercedes-Benz G500 4×42.

Despite missing a third pair of wheels, the G500 4×42 carries the same portal axles similar to its six-wheeler. The high ground clearance provided by the vehicle enables it to easily climb obstacles rising 17.7-inch high and tread through a body of water running 39.4-inch deep.