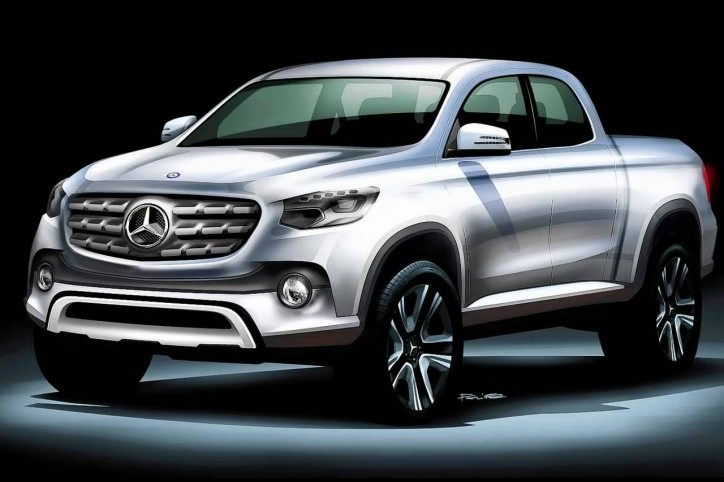 A sketch showing the design of the planned Mercedes-Benz pickup.

When plans for the development of a Mercedes pickup broke out, all heads immediately rolled to Nissan. Then, rumors about a possible partnership with Daimler AG for the project followed.

Recently, Carlos Ghosn, the CEO of Nissan, addressed the issue during an interview at the New York Auto Show. According to him, it wasn’t yet clear if Daimler will indeed work with them for the Mercedes pickup.

Quoting Ghosn’s statement featured in Automotive News, he said, “I don’t want anybody to think that because they announced a pickup truck, they have to make it with us. Not at all.” He added, “They are completely free to do it by themselves, to do it with somebody else, etc., and also, or to do it with us.”

The Nissan CEO declined to comment when he was pressed whether discussions for the development of the Mercedes pickup were already on the table with Daimler. However, he cleared out that all future projects between Daimler and the Renault-Nissan Alliance are “on table”, and the partners are not in any way obligated to collaborate with each other always. He explained that when one says no to a plan, it all stops there.

When the announcement came about the creation of a Mercedes pickup in the future, there were speculations that it might be based on the Navarra platform. Wall Street Journal, citing sources familiar with the matter, confirmed the rumors. It stated Daimler would be providing the technology plus the four- and six-cylinder powertrains.

So far, the partnership of Daimler and Nissan has been a healthy one. It has rapidly expanded from vehicle development and compact car sourcing up to joint-venture factories in Tennessee and Mexico. The mentioned projects do not even include the ones that haven’t been disclosed by the two giant automotive companies. Therefore, this rumor concerning the Mercedes pickup is definitely not far-fetched.