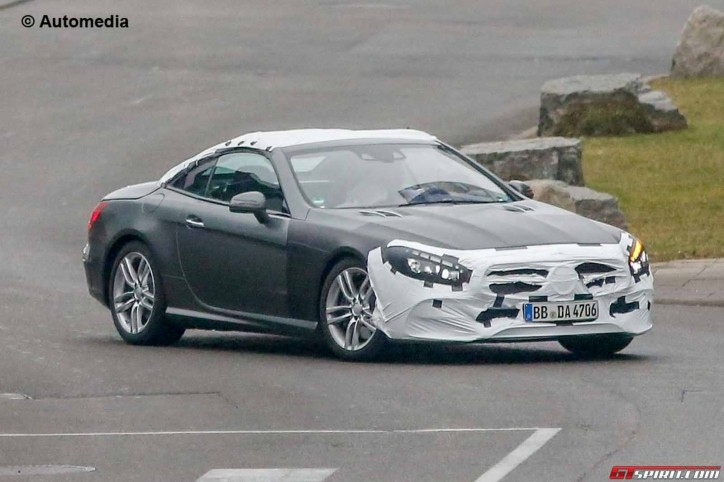 Spy shots of a camouflaged Mercedes-Benz SL recently emerged. The images only showed a light camo on the car though. So, the pictures most probably indicate that we are not looking at a new model. Instead, it is only a facelifted version of the current model.

As observed in the spy photos, the portion on the retractable roof was covered. So, we might see a minor styling upgrade there later.

The front bumper, headlights, and grille were also wrapped in camo. The source speculated that it must be hiding a more appealing or sportier grille with the same treatment in the air intakes.

It would likely have headlights inspired by the S-Class coupe too. With that said, it will possibly have the Multibeam LED technology found in the CLS either as a standard or optional add-on.

We have mentioned earlier that the Mercedes E-Class will receive tech upgrades as well. Thus, it is safe to bet that the facelifted Mercedes SL in the photos might possess some of the goodies integrated in the mentioned car such as an update in its COMAND multimedia system.

AMG Sport Version is a Possibility

So far, there was no hint about an engine upgrade on the updated SL. However, if the speculations of the source were to be believed, particularly on the part where it claimed we might be looking at an AMG Sport version, then expect a mid-range tweak on its output.

Check out the other spy photos of the Mercedes-Benz SL here, which were provided by GT Spirit: