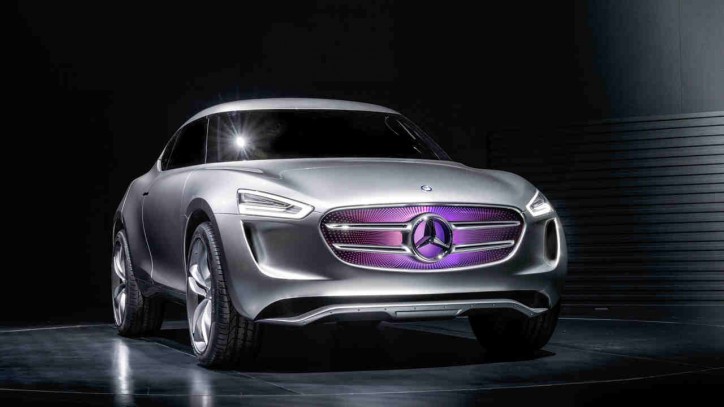 Coinciding with the opening of the Mercedes-Benz R&D center in Beijing, China, the three-pointed star brand also released its new subcompact crossover concept dubbed as the Mercedes Vision G-Code. According to the press release of the company, the concept crossover aims to attract younger Asians into the brand.

Shorter than the Mercedes GLA

Based from the images and information provided by the German automaker, the G-Code will be designed as a Sports Utility Coupe. It will measure 161 inches, which is even shorter than the GLA—the brand’s smallest crossover so far.

Not much was revealed about the engine specs of the compact crossover concept. However, the plan is to equip the auto with a turbocharged combustion engine powered by hydrogen. Then, the power will emanate from the front wheels. Also, it will carry an electric motor that will drive the rear axle and transmit its power selectively to the two wheels using a dual multi-disc clutch.

Power Comes From the Sun

What is remarkable about the vehicle is that its body alone serves as a solar panel. The multi-voltaic silver finish engulfing it will harness power from the sun and provide power to the Mercedes Vision G-Code.

The other notable features of the concept crossover are the holographic grille similar to the Mercedes Future Truck 2025, 21-inch alloy wheels with aluminum rims and carbon spokes, F1-themed steering wheel and pedals, advanced heating and cooling system, climate control system, plus wide infotainment unit, among others. We do not know yet if Mercedes will incorporate its self-driving technology in the auto since it seemed to share some traits with the Mercedes Future Truck, but we hope it will.

Here are the photos of the Mercedes Vision G-Code provided by the company:

When Will It Come Out

Mercedes did not say anything about the expected release of the vehicle in showrooms as it is still in its early stages of planning and development. One thing is for sure though, this is something that we will definitely have to look out for.