Is This the Facelifted Mercedes-Benz SLK 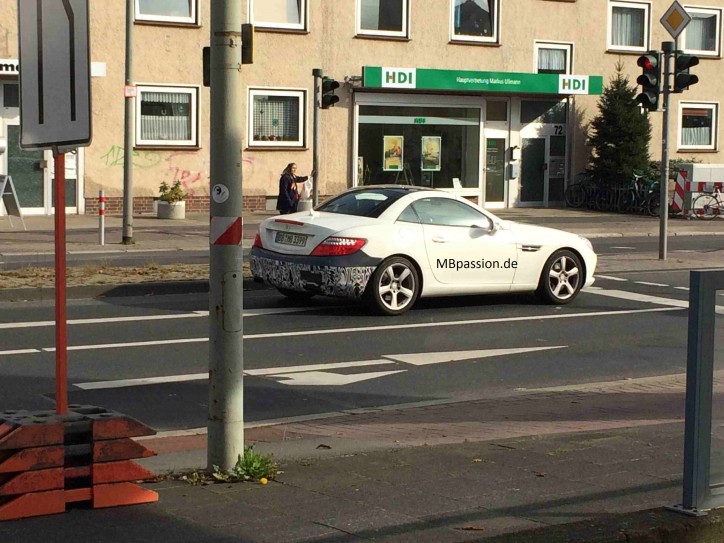 There is a speculation that the Mercedes-Benz SLK might receive a few modifications. A rumor from a reliable source has it that the upgraded car will debut in 2015. Then, it will hit the market probably by 2016.

According to MB Passion, the people at Mercedes are currently developing a facelifted version of the SLK. The report claimed the prototypes have already made their way in the streets of Germany for testing.

The blog even published some photos of them. The newest photo of the car can be seen on top of this article while the ones taken last August can be seen below:

Looking at the spy shots, one cannot help but ask, “where’s the rest of the facelift?” That’s because it seems like only the rear bumper was camouflaged, which indicates the part of the modified portion.

Well, it is possible that we are looking at the initial stage of the car’s development wherein the additional components are still being tested. It is also likely that what we are seeing is not the facelifted Mercedes-Benz SLK itself, but rather a car serving as a test carrier for some new hardware being developed by the three-pointed star brand.

One way or another, Mercedes is definitely cooking something again in its backyard, and it is surely something that will get us very excited once again when it finally goes public or more details about the project are unveiled.

Of course, we will keep you readers updated once we get more information on the matter. So keep your eyes peeled, and visit our site regularly for more juicy news about Mercedes-Benz.