SEND US A TIP
AMG, Comparison
0 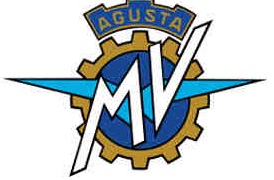 Last July, rumors surfaced about Daimler’s plan to buy MV Agusta, which indicated that the German multinational corporation might be planning to expand its vehicle range to include motorcycles. Recently, Reuters confirmed about the imminent move of Daimler to buy 25 percent of the Italian motorcycle’s shares.

The source claimed Daimler will be buying the stake of MV Agusta through its Mercedes-AMG performance division. The agreement would also include a seat on the board of MV Agusta. So far, the financial details surrounding the purchase weren’t disclosed by any of the parties.

According to the report, the two would greatly benefit in the deal. Particularly, the association with Mercedes would provide MV Agusta to get more limelight in the global market. The additional cash flow to the motorcycle maker would give it more room for improvements as well. Moreover, it would greatly benefit from the three-pointed star’s safety technology.

On the other hand, the technology and knowledge that MV Agusta would provide to Daimler would be priceless. The superbike technology would provide Mercedes a way to develop hybrid sports cars with lesser fuel requirements and lower emissions. That would allow the brand to have an answer to Volkswagen’s XL Sport concept.

Although AMG Chief Tobias Moers confirmed their cars have no direct use of MV Agusta’s technology as of the moment, it would enable them to tap into a new niche in the market. Reading between the lines, this could be an indication that Mercedes is trying to carve its name in the superbike world too.