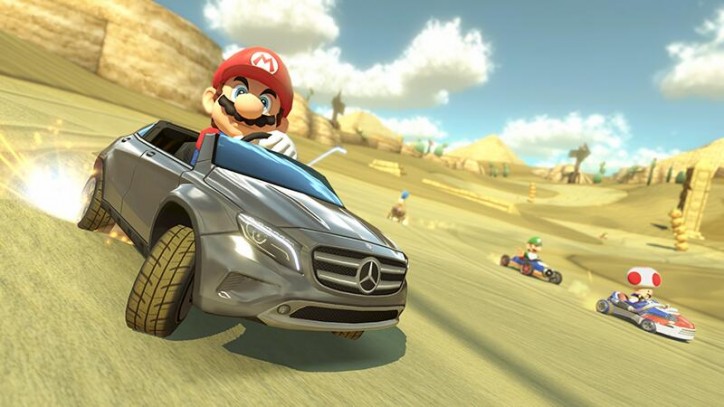 The Mario Kart 8 title for the Nintendo Wii U video game console will receive a significant update on August  27 through a downloadable content (DLC). As we have revealed last May, three Mercedes cars will be made available to the players of the game.

The three additional vehicles in the game include the following:

Check out the trailer for the upcoming DLC of the game below, which highlight the three Mercedes cars that will be debuting in the Mario Universe before the end of August:

According to Arstechnica, the update will come for free. Then, aside from the addition of the mentioned vehicles, Mario Kart 8 will be offering other noticeable changes in its in-game content. Among them are the new online race stats and various viewing options. Race online stability will be addressed by the new patch as well.

The DLC will also let players join the Mercedes Cup tournament. The said tournament will run from the release of the new patch until September 23. No details so far were provided by Nintendo about the said competition though. However, we can only assume that it would be a Mercedes-only option for online participants and the rewards might only focus on in-game items.

Availability of the DLC in Other Regions

We have confirmed that the DLC will be available in Japan on the date stated above. There is no word presently about the launch of the new patch in the other regions of the globe.