SEND US A TIP
Company, G-Class
0

2015 Mercedes GLA Supply Will Be Tight When It Comes Out 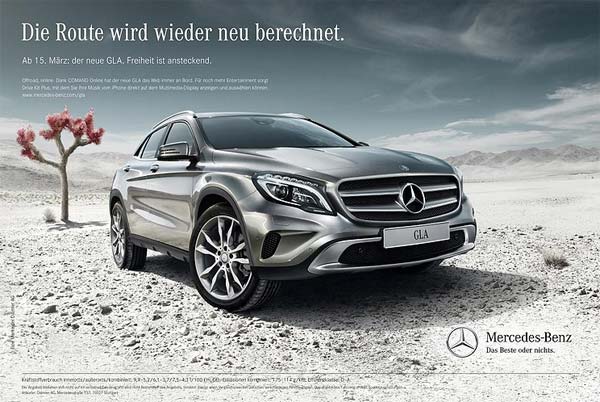 The 2015 Mercedes GLA is the latest entry of the three-pointed star brand to the compact luxury crossover vehicles. The vehicle is set to debut next month. However, it was revealed that supply will be tight. The situation is expected to be the same or worse when the Mercedes CLA came out a year ago.

Steve Cannon, the CEO of Mercedes-Benz USA noted that the demand for the GLA is forecasted to be higher than the CLA because of the strong preference of consumers in the U.S. for crossovers.

Cannon recalled that the fall in the supply of the CLA sedan when it was launched went for as low as nine days, which was way below than the optimal 45-day supply target of the brand. Currently, the supply is only good for less than 30 days, he said.

Mercedes-Benz USA is bracing itself for the same issue when the GLA is out, or it could even be a lot worse than the situation of the CLA.

The CEO stated that production constraints are hindering them from matching the actual demand of U.S. buyers. He also claimed the U.S is competing for vehicle allocation with China. Cannon disclosed although the U.S. remains as the the largest market of Mercedes, China is projected to surpass it by 2015.