SEND US A TIP
Vito
0

Vito Traveliner vs Vito Sport X: A Battle of Speed, Storage and Style 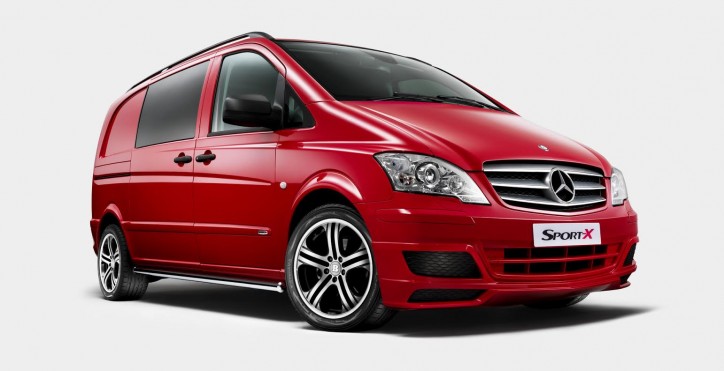 If you’re in the business of transporting heavy materials or large groups of people, you might want to take a look at the Mercedes-Benz Vito Traveliner. Capable of carrying nine occupants without causing a single complaint about legroom, the Traveliner nevertheless sacrifices very little in the way of power and speed.

The roof rack is optional, and supports up to 150kg of extra weight. Don’t need nine passengers? Just alter the seating configuration and the Traveliner adds even more cargo space.

As with all Mercedes-Benz vehicles, utilitarian features don’t come at the expense of luxury, and the Traveliner is unrivalled in the van world for sheer comfort. A new suspension system is one of the secrets to its corner-hugging maneuverability, and state-of-the art spring and damper tuning smoothes out what few rough edges may remain. All this makes for a ride so quiet, one wonders if the 4-cylinder CDI diesel motor was designed by the same people as the Emirates Stadium.

The impeccable exterior is easily-matched by the glossy interior, with all the curvaceous paneling you’d expect from a Merc, as smooth and classy as the drive itself. Further specs on the Traveliner here.

The more speed-oriented van drivers out there – and we’ve all seen them, if only for a few seconds at a time – will prefer another Mercedes Benz offering: the Vito Sport X. In 2013, the Sport X won the ultimate petrol-head stamp of approval when it was dubbed ‘the true hero of Top Gear magazine’s Performance Car of the Year showdown.’ How, you might ask, did a van manage to wrangle the attentions of that speed-obsessed organ away from the Porsches and Lamborghinhi’s? It was the TG team’s support car, and apparently impressed them enough to prompt some gushing praise:

“True, the Vito didn’t get around the Circuit de Charade quite so quick as the 691bhp Aventador, but trust us: an Aventador will really struggle to carry three photographers, a two-man helicopter crew and all their assorted kit. The Vito swallowed the lot.” — Sam Philip. 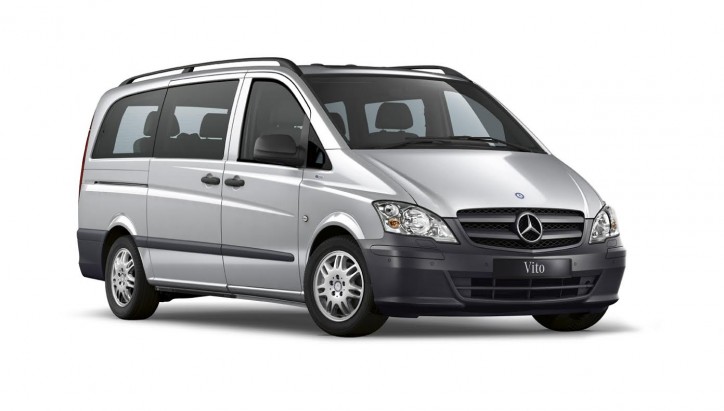 Top Gear went on to fawn fulsomely over the Sport X’s ‘indecently rapid’ acceleration which, at 0-62mph in 9.1 seconds, is about as quick as it gets in a vehicle of this size. Auto critics are unanimous in their assessment of the Sport X as one of the most stylish, sporty, fun-to-drive vans on the market. But how does it compare to the Traveliner?

The thing is, the Mercedes-Benz name (and attendant quality assurance) is one of the few things this pair have in common. The Traveliner is a little more flexible in terms of load-bearing, available in three variants: Compact (4.7m), Long (5.0m) and Extra Long (5.24m). The Sport X offers only Compact and Long versions. The Traveliner is also capable of carrying more passengers, with a nine person maximum capacity (compared to the Sport X’s six). Both have various door and seating configurations, and there’s not much to pick between them in terms of ease-of-loading.

If you favour space over style with a solid, unflashy look and economic performance, the Traveliner is hard to beat and most ideal for large family vacations or school excursions. If you like a little more pizzazz in your van, the turbo-charged 3.0 litre V6 of the Sport X, with it’s 224hp ferocity, is more up your street. Bands on the road, touring sports teams, small film crews – anyone with a practical need to move people and equipment, and a desire to roll up at their destination in style will want for nothing if they opt for the Sport X. And with high end modifications available, courtesy of Brabus’ Project X, you can pimp that ride even more than it already is.