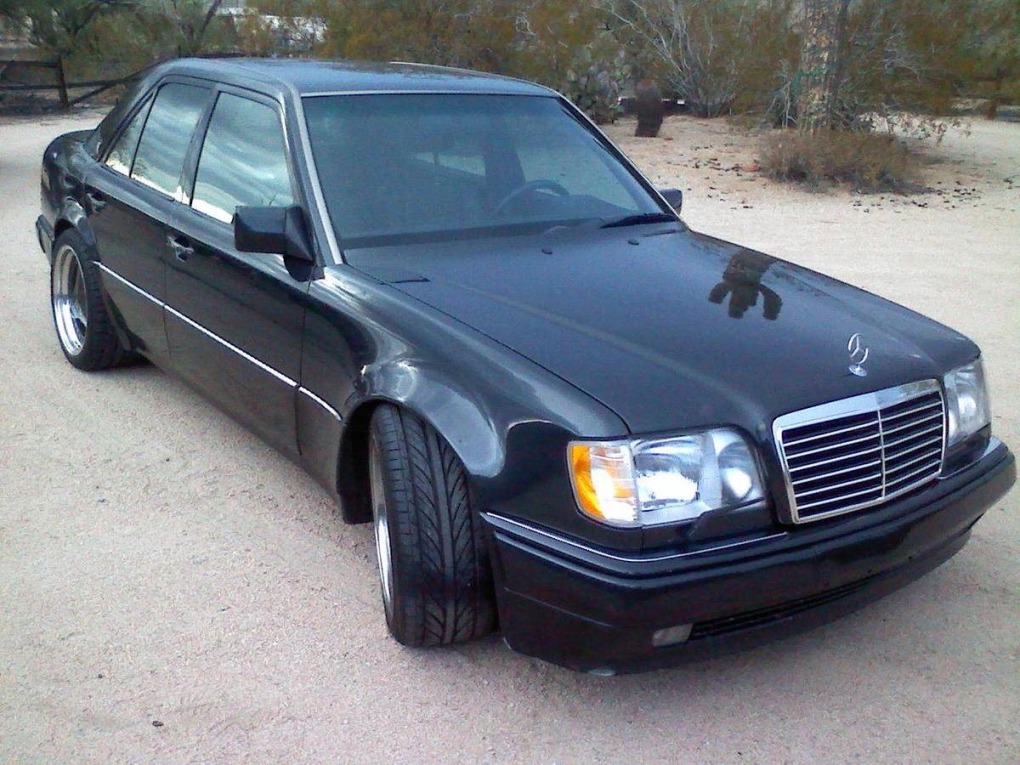 The 1994 Mercedes-Benz E500 was produced by the luxury vehicle in close collaboration with Porsche. Each unit of the vehicle were built by hand at the Rossle-Bau factory of Porsche and moved back-and-forth to the factory of Mercedes while in production. It offered effortless power to drivers using modern technology and provided a trendy design for both its interior and exterior.

It was considered to be an excellent everyday sedan for the high-end consumers during the time it was released into the market. The Germans are known for producing quite impressive sedans or wagons, and the E500 is one of them. Although they are also famous for producing other types of vehicles, this particular type of vehicle is one example of their capability of producing a vehicle that oblige other drivers to give way once they see it on the road.

However, it appears that Brabus had other ideas with the 1994 Mercedes-Benz E500 as the tuning company enhanced the vehicle to make it one level higher than every other vehicle on the road. The owner of the tuned-up E500 is aware of this fact and has offered the vehicle through Hemmings at a price tag of $100,000, according to a carscoops.com report.

The vehicle is only one of the six units enhanced by Brabus. The modified E500 has all the necessary specifications and features a 6.0-liter four-valve V8 engine that offers a power output of 500HP.

Although the 1994 Mercedes-Benz E500 appeared to reflect the motto of the luxury vehicle manufacturer at the time it was produced, it was enhanced by Brabus to provide it with an attitude that will definitely attract the attention of Mercedes-Benz enthusiasts.

The luxury vehicle was given a black body finish and custom-made 17-inch three-piece rims. The 1994 Mercedes-Benz E500 enhanced by Brabus appeared like it just came out of the assembly line and may be considered an ageless luxury vehicle.