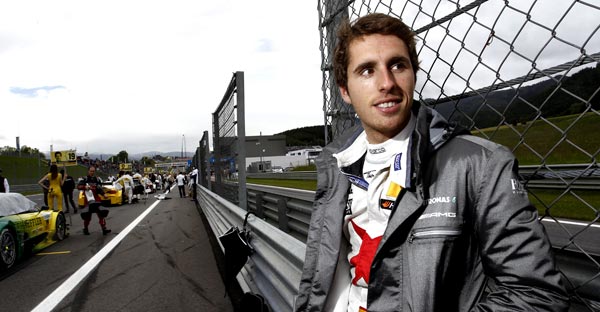 The Mercedes AMG Petronas F1 team may be banned from the Formula 1 Young Driver Test at Silverstone, but at least Mercedes-Benz DTM driver and junior team member Daniel Juncadella is getting some action.

The 22-year-old Spanish driver managed to complete 55 laps during the first day, with a lap time that’s good for fifth-best among all participants. The best lap time on Wednesday belonged to Kevin Magnussen of McLaren, and he also ran the most laps at 100.

Juncadella was also tasked to take over Pastor Maldonado’s afternoon run for the second day. The extension is obviously a welcome opportunity for the young motorsport prospect, and the former Formula 3 Euro Series champion will learn from the opportunity to drive an F1 car as well as from running alongside a driver like Maldonado.

“From the first lap on, I had a smile on my face because the speed that these cars have is pretty impressive,” said Juncadella in an interview with AUTOSPORT. He added that he was satisfied with his performance on the first day of the Young Driver Test even with the morning setback limiting his laps.

Juncadella was pretty consistent on the Williams F1 car for the most part, especially on long runs.