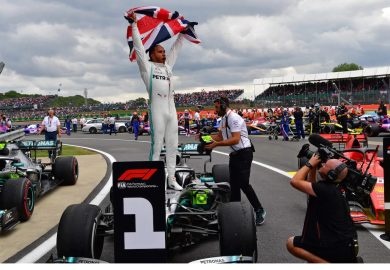 If reports are true, Lewis Hamilton may be closer to inking a one-year contract extension with Mercedes AMG Petronas Formula 1 team. Both parties have downplayed earlier reports about the seven-time world champion’s extravagant demands. Earlier, it was reported that Hamilton has put on the table the following demands from Mercedes F1: $200 million salary for his new four-year contract, which can be broken down to $50 million annually A 10% share in Mercedes F1’s prize, if they win more championships Limited-production Mercedes-AMG One hypercar A role that “goes beyond being a driver and more than a mere testimonial” According to Dutch newspaper De Telegraaf, Hamilton and Mercedes F1 has narrowed down the… Continue Reading » 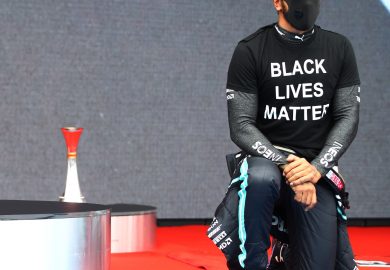 Seven-time Formula 1 world champion Lewis Hamilton is now a free agent. His contract with Mercedes AMG Petronas expired last week, and he has yet to ink a new deal with them. According to reports, the contract negotiations between Hamilton and Mercedes have broken down due to the former’s lavish demands. The 36-year-old race car driver reportedly demanded the following to be included in his new four-year contract with the Constructors Champion: $200 million salary for his new four-year contract, which can be broken down to $50 million annually A 10% share in Mercedes F1’s prize, if they win more championships Limited-production Mercedes-AMG One hypercar A role that “goes beyond being… Continue Reading »

Valtteri Bottas to Ink a New Deal with Mercedes F1 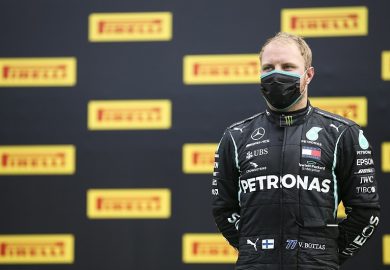 “We’ll stay with our two boys,” Mercedes-Benz CEO Ola Kallenius earlier stated, which serves as a safeguard to the seats of their current lineup in Formula 1. That kills the rumors about Sebastian Vettel moving to the team, and it goes in the favor of current world champion Lewis Hamilton and Valtteri Bottas. Hamilton is expected to stay with Mercedes F1 but both parties are yet to agree on the terms of the contract. However, the negotiations with Bottas appears to be going smoother. According to reports, the Finn and the powers that be at Mercedes have already hammered out the stipulations. All that’s left is for both to ink… Continue Reading » 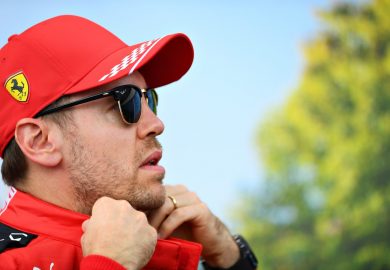 Rumors about Sebastian Vettel moving to Mercedes AMG Petronas have been going around since 2017. Nothing has come out of them due to the success of Mercedes Formula 1’s own drivers though. As his contract with Ferrari is about to come to a close at the end of 2020, some are asking again whether he is in some kind of negotiation with the current Constructors Champion. The contracts of Lewis Hamilton and Valtteri Bottas with Mercedes F1 is set to expire this year. However, with the World Champion status of the Briton and the success of the Finn in the recent Austrian Grand Prix, their seats are most likely locked… Continue Reading » 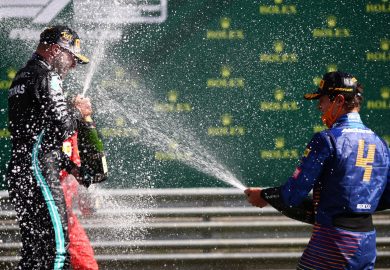 Valtteri Bottas managed to win the Formula One Austrian Grand Prix despite the race being riddled with drama from start to finish. Lewis Hamilton was only half a second far from his Mercedes AMG Petronas teammate in the checkered flag but a five-second penalty kicked him out from the second to the fourth rank. Hamilton was penalized in the Qualifying for failing to slow down when the yellow flags were lifted following Bottas going off track during the session. As a result, Red Bull lodged a complaint and the stewards gave the reigning World Champion a three-place grid penalty that promoted Max Verstappen to P2. Verstappen appeared to challenge the… Continue Reading » 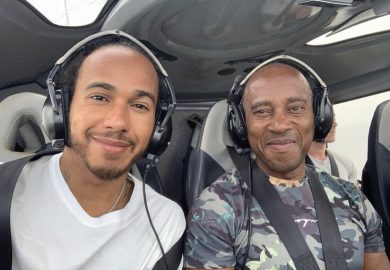 Lewis Hamilton lights up the fuse after his sport has been seemingly silent on the issue of racism in the aftermath of George Floyd’s death under the hands of a Minnesota police officer. The Mercedes AMG Petronas driver’s statements sparked comments from his fellow racers in Formula 1. “I see those of you who are staying silent, some of you the biggest of stars yet you stay silent in the midst of injustice,” Hamilton posted on his official Instagram account. “I would have thought by now you would see why this happens and say something about it but you can’t stand alongside us. Just know I know who you are… Continue Reading »

Lewis Hamilton comes back stronger by winning the Formula 1 British Grand Prix after he failed to win the previous race in Austria. The sixth victory of the Briton in the UK marks another milestone in his career because he is now the driver with the most wins in his home track. Despite the advantage held by his teammate Valtteri Bottas at the start of the event, Hamilton was able to snatch the lead when the Safety Car came out. He used the moment to make his only pit stop. Bottas already pitted prior to that, so with fresh tires on the champ’s car, there was no stopping his onslaught…. Continue Reading »