SEND US A TIP
Uncategorized
2 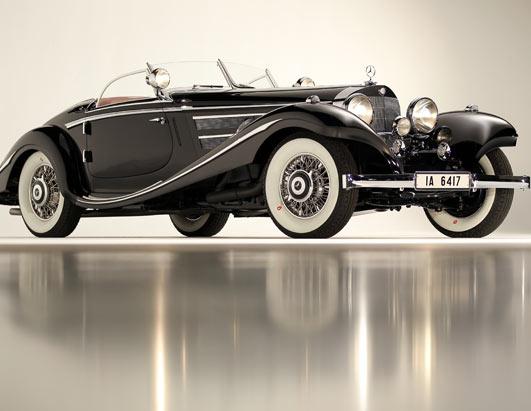 A rare 1936 Mercedes-Benz 540K Special Roadster is set to go up for grabs at an auction by Gooding & Company, and many believe this rare car has what it takes to break the auction record for vehicles when it goes up for bidding at Pebble Beach, right after the Concours d’Elegance show.

Some say that the vehicle could easily fetch $10 million, but there are also some who think it can go high enough to exceed the current vehicle auction price record of $16.4 million, which achieved in 2011 for a 1957 Ferrari 250 Testa Rossa car that was used by the manufacturer’s team to compete at Le Mans. The auction’s final figure was actually $14.9 million, but the premium added accounts for why the total price was $16.4 million.

While that Testa Rossa was clearly historic, this 540K Special Roadster does not come short in terms of providing a blast from the past. The car used to be owned by the German baroness Gisela von Krieger up until her death in the year 1989, and it was owned by her family from 1936.

When the vehicle was discovered at some barn in Connecticut, it seemed that time stood still within. It is said that throwback Connecticut and New York maps were still present, along with some cigarette butts on an ashtray and a driving glove. The vehicle is a clear match for the aristocratic and luxurious nature of von Krieger and her Prussian nobility.

The vehicle is currently in the possession of Lee Herrington, a businessman based in New Hampshire who also happens to be a car collector.