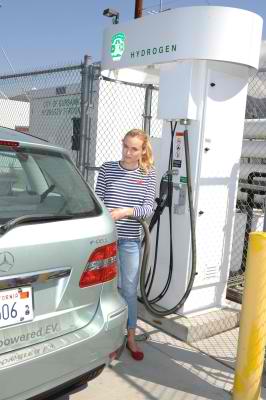 Because Hollywood stars have been attracted to green  campaigns and environmental projects, it is no surprise that a lot of actors and actresses are also getting interested in green cars.

For example, Diane Kruger, one of the 35 environmental supporters in California, was also one of the first to drive the emission free B-Class F-Cell. “I’m excited to be driving the F-CELL. It’s environmentally conscious, fun to drive and gets lots of attention on the streets, ” she said.

She further added that, “I can travel around 400 kilometres on a full tank and it’s easy to refuel.” It is because of its consumption is equal to a fuel consumption of just 3.3 liters  per 100km. Aside from that, it can be filled in 3 minutes, which is great if you are in a hurry but still has to fill-up.