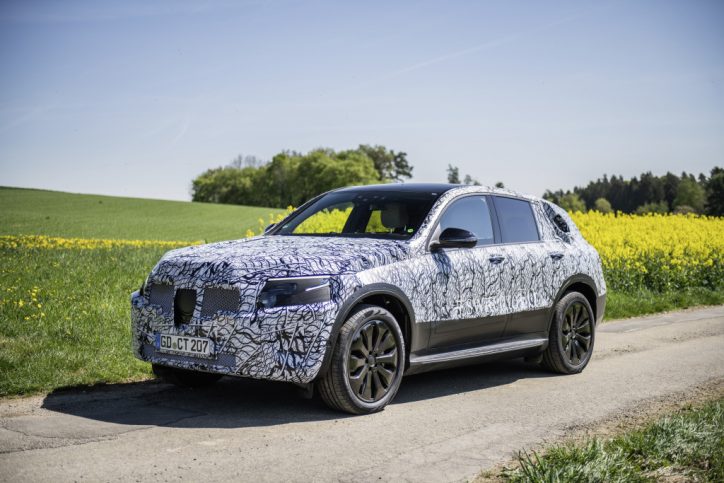 Daimler recently provided updates about the Mercedes-Benz EQC. The company also revealed that the unveiling of the electric vehicle is in 2019. Photos of the compact sport utility vehicle wrapped in camouflage were released, too.

According to the Media Site of Daimler, the EQC already completed its winter testing in the northern region of Sweden last March. The EV is on its way to a series of suspension and powertrain tests in the southern part of Europe. The company said that the thorough validation is to ensure that their high quality standards are met before the electric SUV hits the market.

The automaker stated that four years was already poured into the development of the EQC. In addition, the development phase consists of 200 prototypes and preproduction vehicles.

What We Expect From the Mercedes-Benz EQC

Based on the concept EQ, insider info, reports, and other hints by Mercedes, the EQC will ride on the Modular Electric Architecture or MEA platform. This allows the lithium-ion battery of the vehicle to be installed in its floor and it has provision for electric motors on both axles of the auto.

In the EQ concept, the output is targeted to reach at least 400 hp. The electric power goes to an all-wheel drive system that promises an acceleration from 0-60 mph in less than 5 seconds. The EV is expected to have at least 300-mile range on full charge.

The EQC will likely join the C-Class, GLC and GLC F-Cell hydrogen-powered compact SUV at the Mercedes production plant located in Bremen, Germany.

Check out the official photos of the Mercedes-Benz EQC in action: