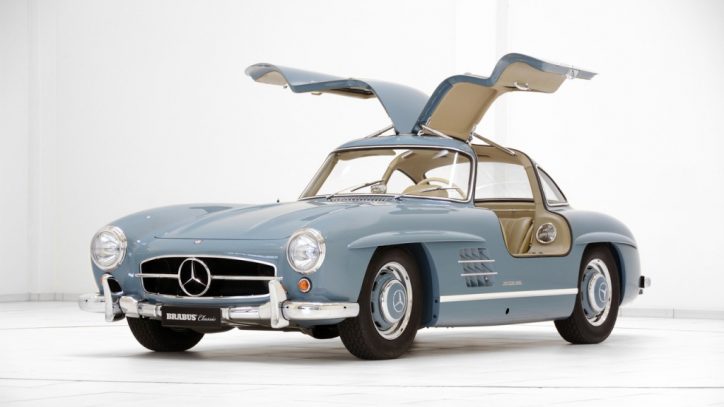 Nostalgia. Ah, that feeling we get when we watch a very old episode of some cartoon that defined our childhood. It is also that familiar feeling that captures us the moment we re-enter a place where our fondest memories are planted.

Whatever defines your own personal feeling of nostalgia, you can always bet on possessing a certain feeling of satisfaction that makes you long for a time in the distant past. At any rate, anyone can wax nostalgic, and that’s because as humans, we often find ourselves  at the behest of our emotions.

With that said, most vehicle owners often get the same feeling whenever they see vintage cars, especially when it is a Mercedes-Benz. Cars that are way past their prime or whose production had been stopped basically possess an aura that could draw in sentimental motorists to shell out hundreds of bucks to restore vintage cars or to modify them to coincide with modern times.

But unlike everything else, nostalgia in the motoring world is often caused by a curiosity towards how can cars in the past be compared to the cars in the present. When you see a blue Cuban Sedan, you would probably think about how such machine could have roamed the streets of Havana with an engine that’s just a notch below other cars in the 50s. Beyond that, however, you see that the Sedan has the same qualities of a collector’s item. And one of these is its rarity.

From Blue Sedans to Fox Body Mustangs or Mercedes-Benz SLs, vintage cars tend to attract buyers mostly because they are an endangered lot. Since production has been limited or totally stopped, you will expect less or none of these cars to cruise the highways. This idea alone compels us to possess a responsibility towards saving these vehicles from being phased out entirely from the memories of motorists. In other words, we become worried knowing that certain cars that used to be staple modes of transportation would gradually decrease in both numbers and importance.

Any vintage collector will tell you that he or she buys old cars out of this responsibility to protect what little sentiments we have for these vehicles from disappearing. Sure, we can never really shun progress since a lot of things change and there’s nothing we can do other than to preserve what little is left in present memory.

To drive my point even further, driving vintage cars can actually help you improve your appreciation of the past. You will be able to come back to a time when objects seem irreplaceable. It’s this very concept of preservation backed by sentimentality that essentially leads us to protecting vintage cars from disappearing.

So, whenever you see a Sedan or a Camaro for that matter, you will need to realize that the vehicle contains a lot of history which should be kept intact and not left to rust in the junkyard. If anything, owning a car is not just about having something to get you from point A to point B. It involves a lot more than just that. It also shows you the past to better embrace the future.