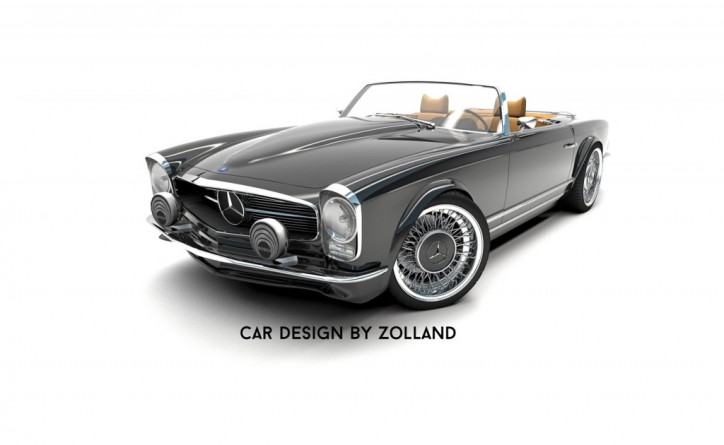 The fifth-generation Mercedes-Benz SL with retro kit from Zolland Design.

Zolland Design, famous for putting a retro kit on the Porsche 911, recently came up with another ambitious project using the fifth generation of the Mercedes-Benz SL.

Weeks ago, the company revealed a computer rendered version of the SL. However, as seen in the pictures here, the resulting product carried on the look of the classic Pagoda version of the SL. Designated as the W113 SL, the car was produced around 1963 and 1971.

According to a source, the retro fifth-gen Mercedes-Benz SL was commissioned by a customer in Poland. The company is planning to install the retro kit on a 2009 Mercedes-AMG SL63.

The engine of the SL63 will be left intact. That means the auto will still carry the same 6.3-liter V8 engine. The specs of the power unit will remain the same. So it will still have a whooping 525 hp and 465 lb-ft of torque.

As mentioned above, the exterior of the car will be completely different. The front portion will be totally remodeled to resemble the Pagoda SL. The hood, grille, lights, fenders and bumper all receive the retro treatment. The changes include the sides and the rear also. The overall shape of the car takes a classic turn as well. It will have a rectangular body design like the Pagoda SL.

Furthermore, the hard top will be removed to make way for a soft-top.

Photos of the Fifth-Gen Mercedes-Benz SL with Retro Look

Here are the renderings of the fifth-generation Mercedes-Benz SL with the retro kit of Zolland: