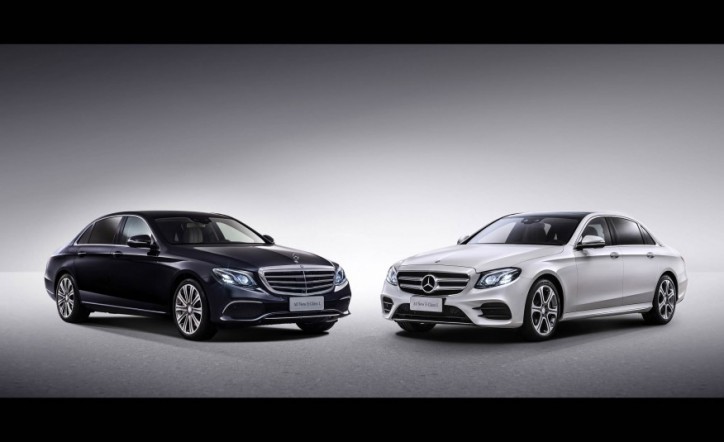 Mercedes-Benz recently revealed the long-wheelbase version of the E-Class. The introduction of the elongated E-Class at the Beijing Auto Show finally puts to rest the rumors that the three-pointed star brand might be working on a Mercedes-Maybach E-Class.

According to Car and Driver, the Mercedes-Benz E-Class LWB model will only be available in China. Well, that is definitely a good move for Mercedes as many Chinese belonging in the upper bracket of the middle class are now shifting to luxury cars. Not to mention that the traffic in the giant Asian nation is so bad that driving can be such a chore. Therefore, people with fat bank accounts there prefer to be chauffeured to their destinations as they lay back comfortably in the rear passenger seat.

Among the changes in the car can be found on the roofline, wheelbase, and the rear portion after the B-pillars. The wheelbase of the auto has been stretched up to 5.5 inches. The C-pillar also sees a significant upgrade with a longer and more stylish trim.

The source said the Chinese E-Class LWB is offered in four- and six-cylinder engines. Other noteworthy additions are the central armrest with USB port and storage. Optional extras include heated armrests, wireless charging, touchscreen display integrated in the COMAND infotainment system, and cupholder with cooling and heating capabilities.

Check out some of the photos of the long-wheelbase Mercedes-Benz E-Class available in classic and sporty grille versions in the gallery below: