Watch the Isdera Imperator on the Race Track 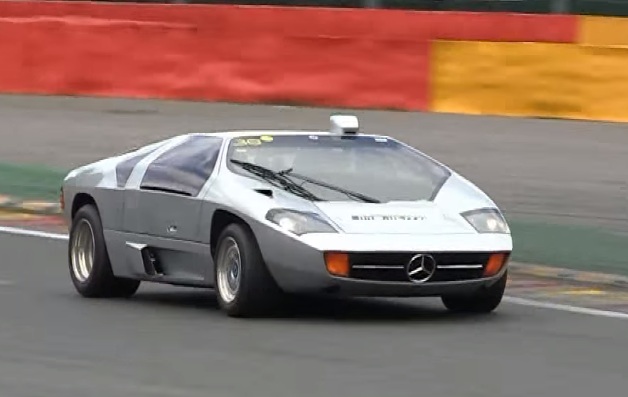 The Isdera Imperator equipped with a powerful V8 engine from Mercedes-AMG demonstrates its performance at the Spa-Francorchamps circuit in Belgium.

Merchettino Supercars Channel in YouTube recently shared a video of the very rare Isdera Imperator 108i. The video starts by satisfying our sense of hearing with the classic car’s loud engine sound, then proceeds to show us what it can do on the race track.

The Isdera Imperator carries the three-pointed star logo of Mercedes-Benz, but it was never officially recognized by the brand as part of its production lineup. According to Autozine, the Imperator was actually a concept car being developed under Mercedes in the 80s. That is why it can be noticed that it bears a striking resemblance with the C111 prototypes.

Eberhard Schulz, the founder of Isdera, was a design engineer of Mercedes for five years. Having close ties with Stuttgart, his company worked on a supercar called Mercedes CW311 with the financial backing of Mercedes-Benz. However, Mercedes didn’t show any interest for the concept car. Instead, it allowed Isdera to proceed with the project. The company of Schulz got their engines and other key components from Mercedes until the Isdera Imperator 108i was eventually completed.

The latest engine of the Isdera Imperator is a 6.0-liter AMG V8. The power unit gives the car an output of 420 hp. This allows the rare auto to sprint from zero to 100 km/h in just 5.4 seconds. Furthermore, its top speed can reach up to 305 km/h.

Check out the Isdera Imperator as it speeds down at Belgium’s Spa-Francorchamps circuit: