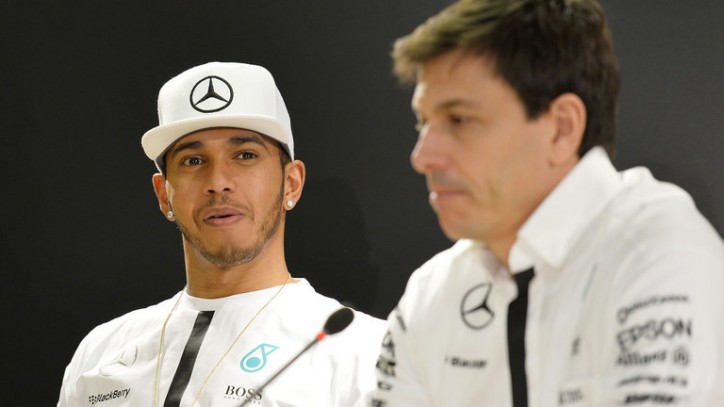 Previously, Mercedes-AMG Petronas Formula One Team boss Toto Wolff warned that the group might push through with the plan to change its drivers’ lineup if the rivalry between Lewis Hamilton and Nico Rosberg gets out of hand.

The reigning F1 Drivers’ World Champion Hamilton reacted to his chief’s statement. He said in an interview featured  in Sky Sports that it was unnecessary.

Although Hamilton admitted that there has been an ongoing rivalry between him and Rosberg, he pointed out that the two of them has continued to bring in good results for the team. He mentioned that they keep on delivering 100 percent in terms of the job that they have been asked to do. The three-time champion stated that the friction between himself and Rosberg is just normal as they can’t have it perfect always.

Hamilton confidently said that his and Rosberg’s job are not in jeopardy amid the warning released by Wolff. Instead of it being centered on himself and his partner, the champ explained the statement of Wolff was for the people making up the entire team. He added that it is a wake-up call going to the 2016 season.

“We’ve had two incredibly successful years and when you complain about small things I think that is when you can easily lose your way. Of course we always want to be better and perfect, but as long as we stay together and continue to communicate I think it will be good,” he added.