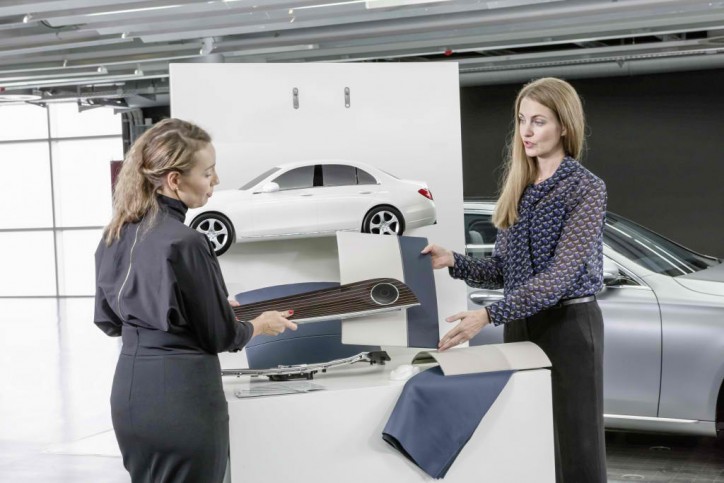 An undisguised white 2017 Mercedes-Benz E-Class is teased in the background of this photo, which intends to highlight its interior features.

Lately, we have been seeing a lot of the 2017 Mercedes-Benz E-Class. There were even spy photos of it, which were almost free from its camouflage.

Based from what we have seen so far, the new E-Class bridges the amazing features found on the S-Class and the C-Class. The recent series images of the car that circulated online a week ago even gave us a peek at its interior.

Barely a month before the 2016 Detroit Auto Show, more pictures of the E-Class’ came out again. In the new photos provided by Motor Authority, the key components of the car’s interior were highlighted like its air conditioning vents, steering wheel, dials, leather surfaces, touchscreen display, and others. The bumpers and headlights were also shown in the images. Some pictures tease the exterior of the E-Class as well in the background.

We are not sure if the hints for the E-Class exterior were intentional or not. Regardless if those were mishaps made by the photographer, they still deliver the same effect to us. That is making us salivate for the car more.

Check out the photos in the gallery below, which showcase the opulent interior of the 2017 E-Class:

Here is a video of the car’s visually appealing interior too, which was shared by You Car in its YouTube channel: