SEND US A TIP
AMG, Motorsport
0

Weistec to Use Own Tuned Mercedes-AMG GT3 for Racing 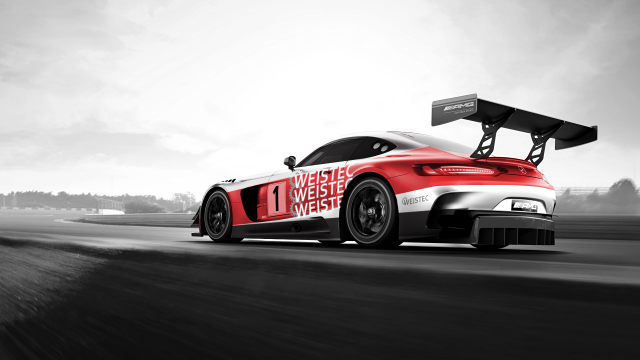 The Weistec Mercedes-AMG GT3 will race in the 2016 Pirelli World Challenge Series.

Weistec Engineering is best known for its numerous works involving Mercedes-AMG cars. Recently, the tuner decided to put its potentials to more use and gain more exposure along the way by entering the Pirelli World Challenge Series next year. Its choice of cars are two Mercedes-AMG GT3 units.

Mercedes-Benz has a proud history of being the dominant force in motor racing dating back to the reign of the Silver Arrows on the Grand Prix circuit of the 1930s and the 300 SLRs that ruled sports car racing during the 1950s. Now, Weistec Engineering, the brand of choice for the cars, community, and culture of the Mercedes AMG enthusiast, prepares to field two Mercedes-AMG GT3 cars in the upcoming 2016 season of the Pirelli World Challenge. Drawing on its years of technical expertise, Weistec aims to amplify its presence both in the United States and internationally by racing what they sell.”

It should be noted that the specification of the Mercedes-AMG GT3 racing variant makes use of the 6.2-liter naturally-aspirated V8 power unit found on the GT3-configured Mercedes SLS AMG, which had its share of victories on the racing circuit.

The combination of the aerodynamically-inclined architecture of the SLS AMG mated to carbon fiber components, and powerful engine was instrumental in its success. Now, carrying the strong power unit of the SLS into the much-improved Mercedes-AMG GT3 plus Weistec’s ridiculous tune and components will surely put the car into another level. This is certainly something worth looking forward to next year.