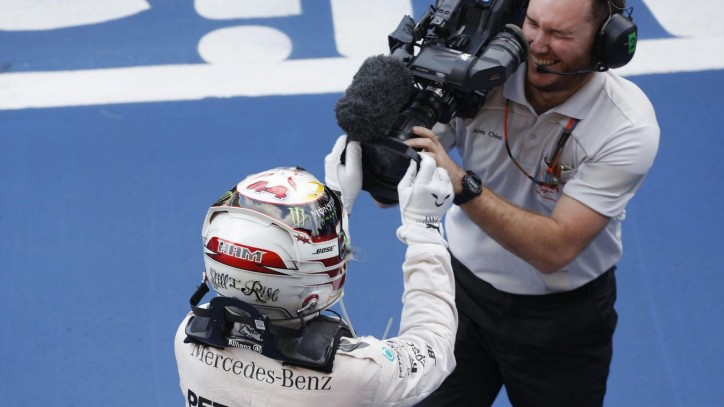 Mercedes-AMG Petronas motorsport chief Toto Wolff and non-executive chairman Niki Lauda recently commented about the lack of television time for their team in the duration of the Formula One Japanese Grand Prix.

The race in Suzuka resulted to the reestablishment of Mercedes as the top dog in the sport after a disappointing event in Singapore GP. Its drivers Nico Rosberg and Lewis Hamilton both performed well in the circuit from qualifying to the actual race.

Rosberg landed the pole position while Hamilton came next to him in the qualifying. Then their positions were reversed during the race on Sunday as the Briton ended winning the race and the German finished second.

The one-two finish became another display of dominance from Mercedes. Despite the excellent performance of the two drivers, Wolff and Lauda noticed that they only had a little exposure on TV.

According to Autosport, Lauda complained that teams such as Sauber and the Honda-powered ones were getting a lot of attention from the camera crew while not much focus was given on Hamilton, the race leader. He said it did turn to Hamilton as he went out of the pits but no one even saw him go there and change tires.

Wolff shared the same sentiments. He pondered about what should Mercedes do to get more TV time. The team boss recalled that he wasn’t even sure where they were during the race basing on the TV feed.

Lauda mentioned that he will go and personally talk to F1 supremo Bernie Ecclestone about it. Wolff also said the same and he noted Ecclestone has always been hard to please.

There are speculations that the incident might be a result of Mercedes’ decision not to supply Red Bull with engines next season. The source said Ecclestone was brokering the deal between the two parties, so the refusal of the engine supplier might have upset him. Lauda and Wolff dismissed such claims though.